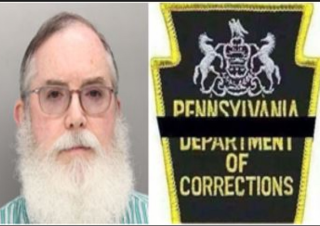 US Army (Ret.) Col. David Dodd serves as director of Point 27, which honors fallen officers and fallen soldiers. Dodd commanded a battalion of the first troops deployed to Afghanistan following 911.  He wore a Shield of Strength inscribed with Joshua 1:9 next to his government-issued dog tags, and equipped each of the soldiers in his command with a Shield of Strength before they deployed.

Dodd says he hopes the scripture on the Shields of Strength encourages these officers and the families of the fallen, who are making and have made tremendous sacrifice for their communities.

“We will never forget the ultimate sacrifice that Sgt. Baserman made and we will not forget his family.  We are forever grateful for these brave men and women in law enforcement,” Dodd said. "We are presenting Thin Blue Line Dog Tags to thank the officers for their putting their lives on the line to protect Americans. The dog tag is engraved with a Bible verse and serves as a physical reminder that God is with them day and night as they patrol and protect the streets of their community. We want them to know we appreciate and value them.”

The face of the Thin Blue Line Shields of Strength shows an engraved silver American flag face designed with one flag stripe of blue. The back of the dog tags is inscribed with Matthew 5:9," Blessed are the peacemakers, for they will be called children of God."

The Folded Flag Pendant necklaces are engraved with John 15:13; “Greater love has no one than this; to lay down one’s life for one’s friends.”

Dodd served 27 years in the military. During his active military service, he distributed more than 10,000 Shields of Strength to members of the military, national and international leaders.

After his military retirement, he founded Point 27 to share the scripture-inscribed dog tags, that encouraged him and his troops, with members of the military and veterans. Since -- the outreach has expanded to include the Thin Blue Line Shields of Strength for law enforcement officers.