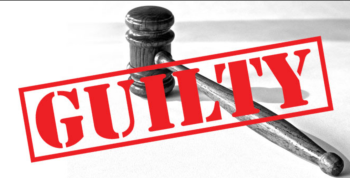 WOODBURY NJ (April 25, 2018)(CNBNewsnet)--Malcolm D. Tyson  (DOB 3/24/93), of Paulsboro NJ pleaded guilty today  (4/26) to first-degree aggravated manslaughter in the death of 60-year-old Sylvester “Buttons” Combs, whose body was found in a trailer at an abandoned Swedesboro NJ business on April 6, 2016.

Tyson also pleaded guilty to conspiracy to commit arson in the burning of a storage trailer at a Swedesboro cemetery on 4/1/16, robbery of a West Deptford Citgo service station on 8/13/16 and violation of probation as a result of his arrest and plea in the Combs homicide.

As a result of plea negotiations, Dianna Reed-Rolando, Trial Chief in the Gloucester County Prosecutor’s Office, will recommend that Tyson be sentenced to 28 years in New Jersey state prison for aggravated manslaughter.  He is to receive a concurrent 10-year state prison sentence for robbery, a concurrent three-year prison term for conspiracy and a concurrent 18-month term for the probation offense.  The manslaughter and robbery sentences are subject to New Jersey’s No Early Release Act, which will make Tyson ineligible for parole until he serves 85 percent of his sentence.

Superior Court Judge Robert P. Becker accepted Tyson’s pleas and scheduled sentencing for 7/20/18.  Tyson has been incarcerated since his 8/14/16 arrest on the West Deptford robbery.  He was in jail when charged with Combs’ death on 3/13/17.

Combs, who had no permanent address, was known to frequent the trailer where he was found.  An autopsy determined he died of blunt force trauma to the head. Police began searching for him based on a report that Combs, a familiar and well-liked figure in Swedesboro, had not been seen for several days.  Following the discovery of his body, the borough government and business association contributed to a reward offered for the arrest and conviction of a suspect.

In giving a factual basis for his plea in court today, Tyson acknowledged he was with Combs in the trailer, an argument between the two became physical, he struck Combs in the face with a cylindrical object and kicked him, including when Combs had fallen to the floor of the trailer. Questioned by his lawyer, he affirmed Combs was alive when he left and he later learned of Combs’ death. He acknowledged the assault was in reckless disregard of the fact that the injuries inflicted could cause death.

WOODBURY NJ (April 25, 2018)(CNBNewsnet)--Malcolm D. Tyson  (DOB 3/24/93), of Paulsboro NJ pleaded guilty today  (4/26) to first-degree aggravated manslaughter in the death of 60-year-old Sylvester “Buttons” Combs, whose body was found in a trailer at an abandoned Swedesboro NJ business on April 6, 2016.