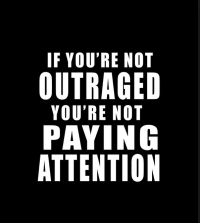 (Washington, DC)(April 30, 2018)(CNBNewsnet) – Judicial Watch today released 281 pages of newly uncovered emails of former Secretary of State Hillary Clinton from the U.S. Department of State sent and received over her unsecure, non-“state.gov” email system. The emails, dated 2010 through 2013, contain classified information and detail collusion between the Clinton State Department and the Clinton Foundation.

Ten emails contain classified information redacted “in the interest of national defense or foreign policy,” including confidential sources, and concern Israel and the Middle East. Most of the emails include exchanges with former British Prime Minister Tony Blair. The emails show Hillary Clinton conducted classified and sensitive negotiations about the Israel-Arab conflict on her unsecure, non-governmental server.

These new classified and other emails appear to be among those that Clinton had attempted to delete or had otherwise failed to disclose. The documents are part of the November 2017 accelerated schedule of production ordered by U.S. District Court Judge James E. Boasberg. The State Department must now complete processing the remaining documents by September 28, 2018. There were 72,000 pages recovered by the FBI in its investigation into Hillary Clinton’s illicit email server. The State Department’s original production rate would have put the completion date into 2020.

The newly obtained documents came in response to a Judicial Watch Freedom of Information Act (FOIA) lawsuit filed on May 6, 2015, after the State Department failed to respond to a March 4, 2015, FOIA request (Judicial Watch v. U.S. Department of State (No. 1:15-cv-00687)) seeking:

All emails sent or received by former Secretary of State Hillary Rodham Clinton in her official capacity as Secretary of State, as well as all emails by other State Department employees to Secretary Clinton regarding her non-“state.gov” email address.

Many of the emails involve Abedin, who joined the State Department as deputy chief of staff in 2009. From June 2012-February 2013, she was granted status as a “special government employee,” allowing her to work as a consultant to clients like Teneo and served as a paid consultant to the Clinton Foundation.

Several of the emails demonstrate the commingling of Clinton State Department and Clinton family foundation business:

According to a report in the New York Post, the Santos request came not long after Clinton “jetted in for a Pacific Rubiales golf tournament at the Bogota Country Club… Accompanied by Giustra, he played a few holes with Colombian President Juan Manuel Santos.” The event reportedly raised one million dollars for the Clinton Foundation.

“It is shameful that Hillary Clinton attempted to delete or hide classified information and that Obama appointees James Comey and Loretta Lynch refused to prosecute her,” said Judicial Watch President Tom Fitton. “It is clear that the Clintons were using the State Department to run an extensive influence peddling scheme. Americans should be concerned that while untold resources are devoted to the abusive Mueller special counsel investigation of President Trump, this Justice Department seems uninterested in prosecuting the Clintons.”

(Washington, DC)(April 30, 2018)(CNBNewsnet) – Judicial Watch today released 281 pages of newly uncovered emails of former Secretary of State Hillary Clinton from the U.S. Department of State sent and received over her unsecure, non-“state.gov” email system. The emails, dated 2010 through 2013, contain classified information and detail collusion between the Clinton State Department and the Clinton Foundation.