Baseball is one of the few sports where the playing field itself can be different from park to park. Sometimes really, really different.

We tracked down six fields that had some of our favorite weird and charming features. Did we miss any? Drop us a line here and let us know your favorites. 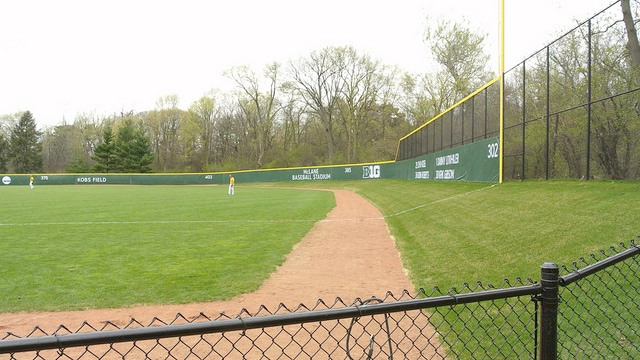 Michigan State’s McLane Field wants to make sure its outfielders know they’re approaching the wall. After the warning track, the outfield slopes up at a roughly 30-degree angle to the fence. It's no Tal's Hill, but it defintiely stands out in college baseball. 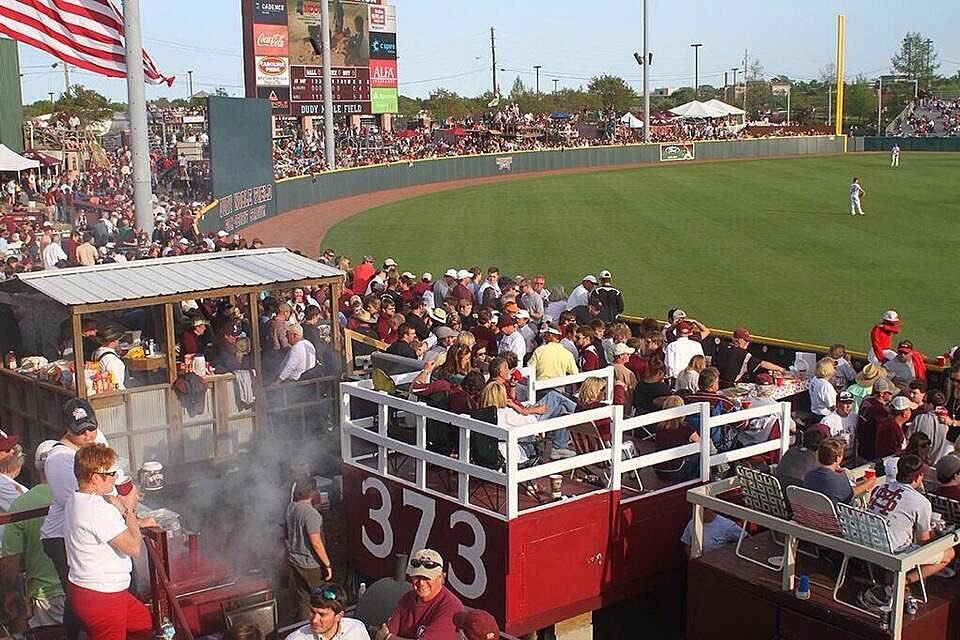 A new Mississippi State tradition started in the 1960s when fans drove their trucks outside the left field fence to watch the Bulldogs play. One truck wouldn’t start after game so its owners left it there, and the rest is history. Fans started towing trucks and motor homes to left field and, to make room for friends, they’d build stands on top of the vehicles.

In the 2017 offseason, however, “The Dude” was renovated, and the left field lounge parking lot was removed. 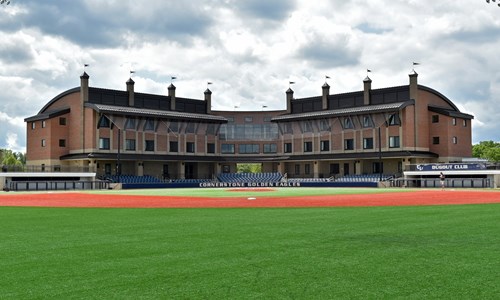 Who doesn’t want to wake up, walk over to the window and watch a college baseball game? If you’re lucky enough to live in Cornerstone University’s Central Hall, you get to live out that dream every day.

The Golden Eagles built a dorm attached to their baseball stadium in 2013 that houses 92 students, who don't have to be baseball players. 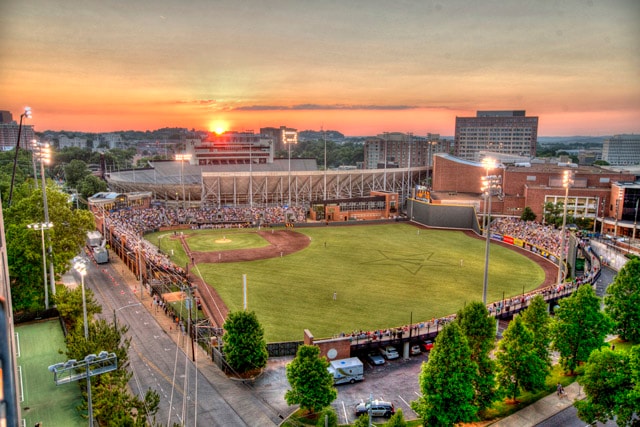 It may be no Fenway, but Hawkins Field has a left field monster of its own. Unlike the Green Monster, Hawkins Field’s 35-foot wall juts in and out. Hit a ball 310 feet down the left field line and it’s a home run. That same shot approximately 20 feet to the right will land in play. 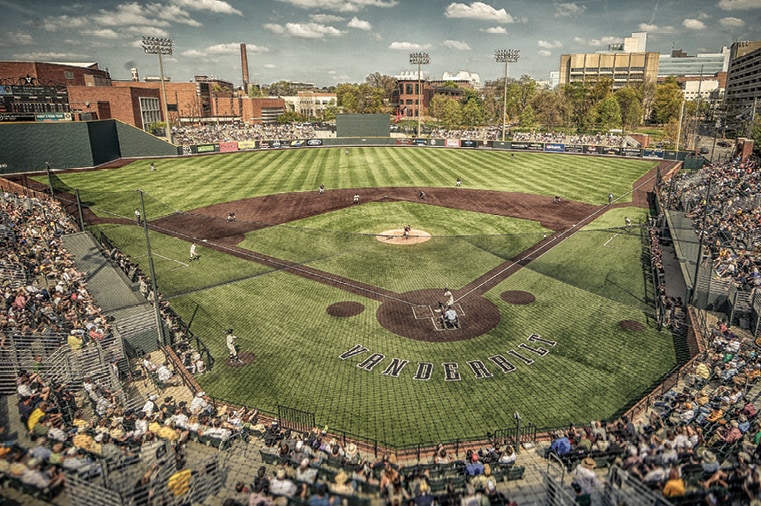 If that weren’t enough, fans down the third-base line get natural shade in the afternoon thanks to the stands’ position directly under Vanderbilt’s football stadium — a clever use of limited space. 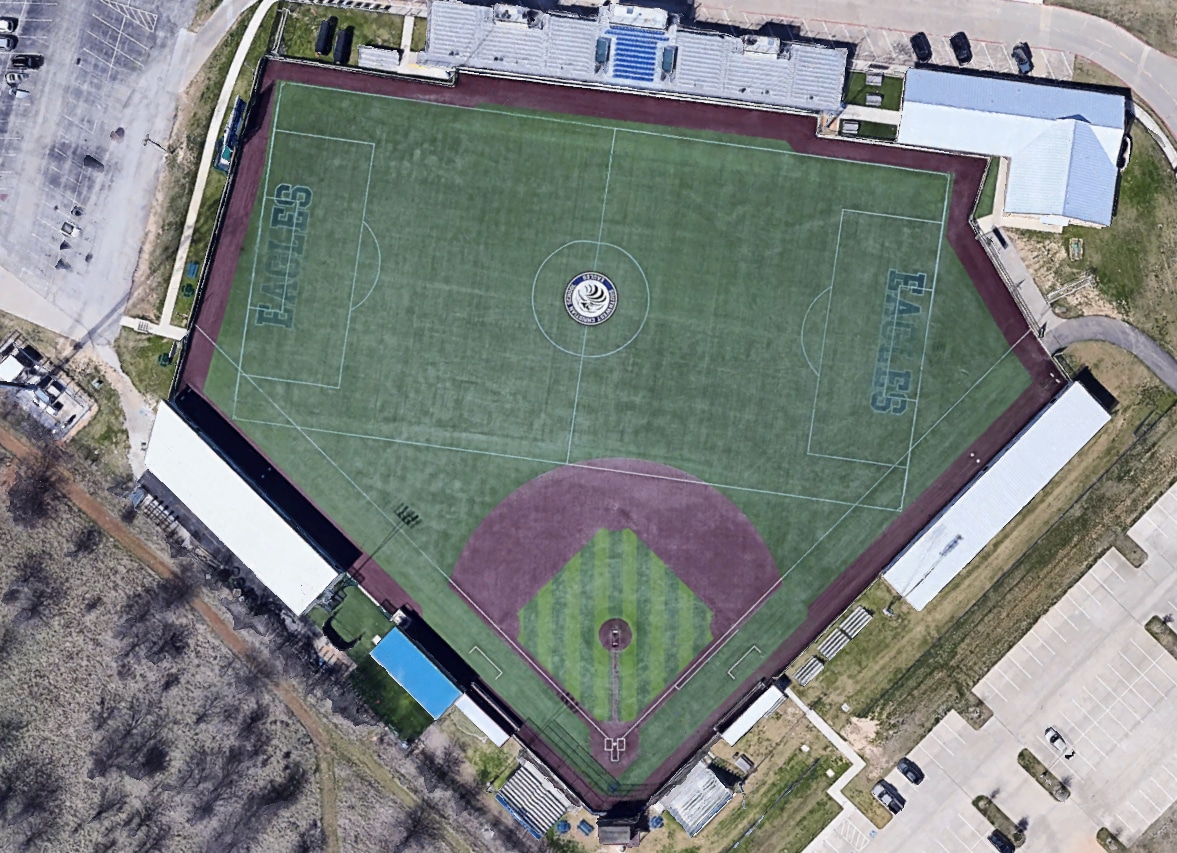 Sports fans in Texas love football. They also love baseball. So why not combine the two? In Fort Worth, Southwest Christian High School does exactly that. The baseball diamond sits just off of the football field and, with no fence in sight, the entire gridiron is in play. We can imagine that leads to a lot of inside the park homers.

And yes, this is a stretch as it is a high school field, but Reddit user JoshTakinOvermentioned that at DIII Eureka College, he once played a game on the field. Here’s a shot of him playing first base with the 20-yard line in view: 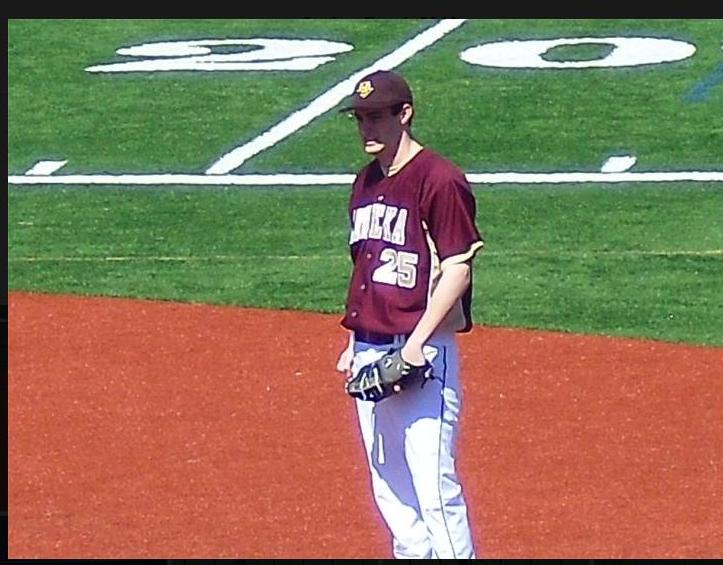 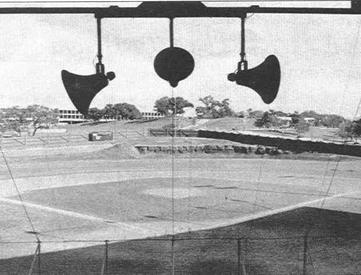 Sadly, the No. 1 park on this list is no longer with us. But it’s legendary enough to warrant a posthumous title of the most unusual college baseball field feature.

Some ballparks have an incline in the outfield (see McLane field), some are even so stark, they’re referred to as hills. But none went as far as Texas’s Clark Field, which had a literal cliff in the outfield.

The field, used from 1928 to 1974 had a 12-30 foot limestone cliff that stretched from center field to right field. The only way up it was the “Billy Goat Hill” in left-center. Supposedly half of the outfielders chose to start on the top of the cliff and charge down, and the other half preferred to start below.

Daniel Wilco has worked at the AJC, Sports Illustrated, and SEC Country. His writing has also appeared on SI.com, Men’s Health, and The Cauldron.

The views on this page do not necessarily reflect the views of the NCAA or its member institutions.

Baseball is one of the few sports where the playing field itself can be different from park to park. Sometimes really, really different.