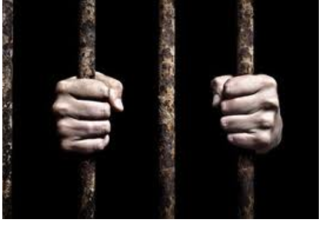 TRENTON, N.J. (CNBNewsnet)--– The fifth defendant to plead guilty in a multi-state dog fighting case was sentenced today to 24 months in prison for his role in dog fighting activities that took place in New Jersey and Virginia, U.S. Attorney Craig Carpenito of the District of New Jersey and Acting Assistant Attorney General Jeffrey H. Wood of the Justice Department’s Environment and Natural Resources Division announced.

Mario Atkinson, 42, of Asbury Park, New Jersey, previously pleaded guilty June 15, 2017, before U.S. District Judge Peter G. Sheridan an information charging him with one count of sponsoring and exhibiting a dog in a dogfight, and one count of unlawful possession of a dog intended to be used for the purpose of dogfighting. Judge Sheridan imposed the sentence today in Trenton federal court.

According to documents in this and other cases and statements made in court:

Atkinson admitted that in 2016, he had fought his dog in a dogfight in Virginia for a $1,000 wager. The investigation revealed that Atkinson’s dog perished after the dogfight while Atkinson was driving home and that Atkinson placed the dog’s body in a trash receptacle. On June 1, 2016, agents seized 18 pit bull-type dogs from Atkinson. Some of these dogs had scarring and injuries consistent with fighting and were found near dog fighting equipment, including an electric treadmill specially outfitted with side panels and a leash clip to force dogs to run on the treadmill. Agents also found blood splatters in three areas of Atkinson’s basement that tested positive for canine blood.

Four other defendants in this case previously pleaded guilty and were sentenced to a total of 111 months. The court set a trial date of Oct. 8, 2018, for the four remaining defendants in the case.

“Federal and local law enforcement agencies in New Jersey have ramped up their efforts recently to track down animal fighters and bring them to justice,” U.S. Attorney Carpenito said. “We will continue to root out dog fighting in New Jersey and to work with our local and state partners to bring the offenders to justice.”

“Animal cruelty like the conduct, in this case, has no place in a civilized society,” said Acting Assistant Attorney General Wood. “Today’s sentencing sends a strong message that we are bringing to justice those who engage in illegal dog fighting and that anyone who engages in this conduct does so at the risk of significant jail time.”

“The provisions of the Animal Welfare Act were designed to protect animals from being used in illegal fighting ventures, which often entail other forms of criminal activity involving drugs, firearms and gambling,” Special Agent in Charge Bethanne M. Dinkins for U.S. Department of Agriculture’s Office of Inspector General said “Together with the Department of Justice, animal fighting is an investigative priority for USDA OIG, and we will work with our law enforcement partners to investigate and assist in the criminal prosecution of those who participate in animal fighting ventures.”

In addition to the prison term, Judge Sheridan sentenced Atkinson to three years of supervised release and fined him $1,000.

The case is part of Operation Grand Champion, a coordinated effort across numerous federal judicial districts to combat organized dogfighting. The phrase “Grand Champion” is used by dog fighters to refer to a dog with more than five dogs fighting “victories.” To date, 98 dogs have been rescued as part of Operation Grand Champion, and either surrendered or forfeited to the government. The Humane Society of the United States assisted with the care of the dogs seized by federal law enforcement.

The government is represented by Assistant U.S. Attorney Kathleen O’Leary of the District of New Jersey and Trial Attorney Ethan Eddy of the Justice Department’s Environmental Crimes Section.

TRENTON, N.J. (CNBNewsnet)--– The fifth defendant to plead guilty in a multi-state dog fighting case was sentenced today to 24 months in prison for his role in dog fighting activities that took place in New Jersey and Virginia, U.S. Attorney Craig Carpenito of the District of New Jersey and Acting Assistant Attorney General Jeffrey H. Wood of the Justice Department’s Environment and Natural Resources Division announced.