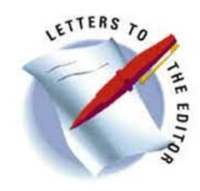 A court in Hayward, Calif. early this week denied an unprecedented effort by a public school district to recover nearly half a million dollars in attorneys fees from a woman who had requested public records from the district.

Alameda County Superior Court Judge Jeffrey Brand ruled that the motion by the Newark Unified School District to recover $449, 317.60 from Elizabeth Brazil must be denied because NUSD’s effort conflicted with the California Public Records Act, which allows public agencies to recover fees only in narrow circumstances not shown in NUSD’s motion.

The First Amendment Coalition (FAC) and the American Civil Liberties Union ( ACLU) of Northern California filed friend-of-court briefing opposing the school district’s motion, explaining that it lacked any basis in law and, moreover, would cast an intolerable chill over the public’s ability to learn about their government.

“The court’s order here sends a clear message to public agencies who would try to twist the California Public Records Act to punish those seeking transparency in their government,” said FAC Executive Director David Snyder.  “That message is: ‘Don’t bother.’ Efforts like NUSD’s to exact vengeance on the public are dangerous. We are very grateful the court here saw that.”

Ms. Brazil requested records from the school district in 2014.  NUSD contended they were entitled to fees because they won an injunction that required Brazil to return records the school district had mistakenly released.  But, as the court concluded yesterday, the California Public Records Act allows public agencies to recover attorney fees against records requesters only where such a requester files a “clearly frivolous” lawsuit -- which NUSD did not even attempt to argue Ms. Brazil had done.

FAC and the ACLU were joined in their amicus brief by Californians Aware, the California News Publishers Association, the Center for Investigative Reporting, the Electronic Frontier Foundation, the Los Angeles Times and the McClatchy Company.

And you can read the briefing filed by FAC and the ACLU here: The ACLU/FAC amicus brief  and  The ACLU/FAC reply brief

A court in Hayward, Calif. early this week denied an unprecedented effort by a public school district to recover nearly half a million dollars in attorneys fees from a woman who had requested public records from the district.