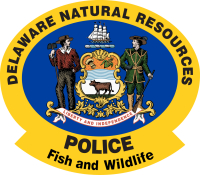 Boating and Boating Safety: Operating a vessel with insufficient number of life jackets (1).

Other: Possession of marijuana – civil (5) and trespassing after hours on a state wildlife area (4).

Fish & Wildlife Natural Resources Police remind anglers that during Delaware’s striped bass spawning season, which began April 1 and continues through midnight on May 31, it is unlawful for any person to take and retain any striped bass from the Nanticoke River or its tributaries, the Delaware River and its tributaries to the north of a line extending due east beginning at and including the south jetty at the mouth of the C&D Canal, or the C&D Canal or its tributaries. Anglers are required to practice catch and release fishing during this season with no harvest allowed in these areas.

In addition, regulations require anglers fishing with natural bait on any striped bass spawning ground during the closed spawning season to use a non-offset circle hook. The Division of Fish & Wildlife recommends that circle hooks always be used when fishing natural baits because of their proven ability to reduce hook-and-release mortality for striped bass and other fish species. The circle hook’s design usually results in fish being hooked in the mouth, simplifying hook removal and reducing injury to the released fish.

For more information on fishing in Delaware, click on 2018 Delaware Fishing Guide. The guide also is available in printed form at DNREC’s Dover licensing desk, and from license agents throughout the state.