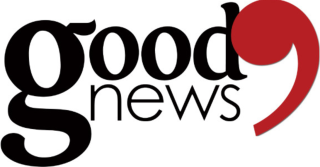 FAYETTEVILLE, NC (04/23/2018)-- Semiya Serrano was recognized on April 17, 2018 at the Chancellor's List of Students Program of Recognition held at the J.W. Seabrook Auditorium at Fayetteville State University.

Semiya Serrano of Mount Holly,NJ (08060) was named to the Fall 2017 Chancellor's List by earning a GPA of 3.75 or higher and completing at least 12 semester hours during one semester, two consecutive terms for Fort Bragg students, and had no incomplete grades.

Dr. Pamela Jackson, Interim Provost and Vice Chancellor for Academic Affairs, presided over the event and Chancellor James A. Anderson acknowledged the student honorees for their outstanding accomplishments in his closing remarks.

FSU is the second-oldest public institution in North Carolina. A member of The University of North Carolina System, FSU has more than 6,000 students and offers degrees in more than 60 undergraduate and graduate degree programs.

CHESTER, PA (04/23/2018)-- Widener University recently sent two teams of students to compete in the Collegiate Leadership Competition for the the mid-Atlantic region. The teams were coached by alumnus Tori Remondelli and Maggie Thomas, the 2018 recipient of Widener's Gen. and Mrs. John H. Tilelli Leadership Fellowship.

The competition, now in its fourth year, was held at the University of Delaware on Saturday, April 14. The full competition involved 46 colleges and universities, competing nationally across five regions. The competition creates a dynamic practice field where student leaders can apply what they've learned in a context that stretches the boundaries of their leadership knowledge, skills and abilities.

Corey Laubenstein, a Senior Communication Studies and Sociology major from Runnemede, NJ, 08078. Laubenstein was on the team coached by Thomas.

Shea Scannell, a Junior Nursing major from Linwood, NJ, 08221. Scannell was on the team coached by Thomas.

Julianne Oswald, a Sophomore Nursing major from Sicklerville, NJ, 08081. Oswald was on the team coached by Remondelli.

Carly Histing, a Senior Management major from Sicklerville, NJ, 08081. Histing was on the team coached by Remondelli.

BW's outstanding reputation in teacher preparation gives teacher candidates an edge as they meet a rigorous set of standards on their way to earning a teaching license. BW graduates score above the state and national averages on the Teacher Performance Assessment (TPA) and are recruited by area districts at a BW-only career fair.

In addition to BW's baccalaureate program, the University has a variety of options for returning adult learners as well as professional development. BW offers college graduates a licensure only program for initial teacher licensure, a Master of Arts in Education for licensed teachers, and a license plus master's program that combines undergraduate and graduate course requirements leading to initial teacher licensure and a Master of Arts in Education degree. For details, visit bw.edu/schools/school-education.

Baldwin Wallace University, founded in 1845, was one of the first colleges to admit students without regard to race or gender. An independent, coeducational university of 4,000 students, BW offers coursework in the liberal arts tradition in more than 80 academic areas. Located in Berea, 12 miles from downtown Cleveland, BW offers students the cultural, educational and business advantages of a major metropolitan area.

Garven is among approximately 30,000 students, faculty, professional staff and alumni to be initiated into Phi Kappa Phi each year. Membership is by invitation only and requires nomination and approval by a chapter. Only the top 10 percent of seniors and 7.5 percent of juniors are eligible for membership. Graduate students in the top 10 percent of the number of candidates for graduate degrees may also qualify, as do faculty, professional staff and alumni who have achieved scholarly distinction.

Phi Kappa Phi was founded in 1897 under the leadership of Marcus L. Urann who had a desire to create a different kind of honor society: one that recognized excellence in all academic disciplines. Today, the Society has chapters on more than 300 campuses in the United States and the Philippines. Its mission is "To recognize and promote academic excellence in all fields of higher education and to engage the community of scholars in service to others."

FAYETTEVILLE, NC (04/23/2018)-- Semiya Serrano was recognized on April 17, 2018 at the Chancellor's List of Students Program of Recognition held at the J.W. Seabrook Auditorium at Fayetteville State University.