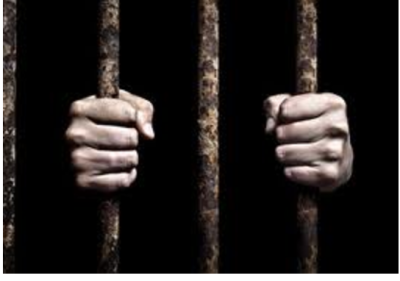 On April 20, 2019, at approximately 9:30 a.m., Mr. Herman allegedly entered the TD Bank located on 1130 White Horse Pike in Oaklyn and passed a demand note to the teller demanding money. Mr. Herman received an undisclosed amount of money and fled the scene.

Witnesses described the suspect as a male in his 30s, approximately 6’2” tall with a slim build, and scruffy facial hair. He was also observed wearing a red hooded sweatshirt, tan Phillies baseball hat, and dark jeans.

During the investigation, detectives located a man who closely resembled the description witnesses offered at an apartment complex located on 1105 White Horse Pike in Haddon Township. The male was later identified as Bernard Herman. The detective’s executed a search warrant at Herrmann’s residence and located evidence that implicated Mr. Herman to two previous bank robberies, which occurred on January 1, 2016, and April 15, 2018.

All three robberies occurred at the same TD Bank.

Mr. Herman was arrested without incident and transported to the Oaklyn Police Department where he was processed. Mr. Herman was charged with three (3) counts of Robbery. He was transported to the Camden County Correctional Facility pending a pretrial detention hearing. Under Criminal Justice Reform rules, the court may order he be detained or released with conditions.

All persons charged with criminal offenses are presumed innocent until found guilty in a court of law.