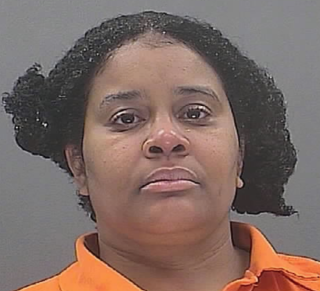 As part of an agreement with the Prosecutor’s Office, Laciana Tinsley, 43, pled guilty to Aggravated Manslaughter before the Hon. Philip E. Haines in exchange for a term of 24 years in New Jersey state prison. Judge Haines set sentencing for July 20.

The investigation revealed that on January 30, 2017, Tinsley struck her husband in the head multiple times with a fire extinguisher in their home in the first block of Hancock Lane. Douglas Tinsley, 74, was pronounced dead at the scene.

Tinsley was taken into custody without incident at the residence. She has asserted through her defense attorney that she was the victim of repeated domestic violence attacks at the hands of her husband and that her actions leading to his death were taken to defend herself from the abuse.

An autopsy performed by Burlington County Medical Examiner Dr. Ian Hood determined the cause of death was blunt head trauma as a result of being bludgeoned with a fire extinguisher.

The case is being prosecuted by Assistant Prosecutor Bob VanGilst, supervisor of the BCPO Major Crimes Unit. The investigation was conducted by the Willingboro Township Police Department and the Burlington County Prosecutor’s Office. The lead investigators were BCPO Detective Nicholas Villano and Willingboro Police Detective Ed Walker.