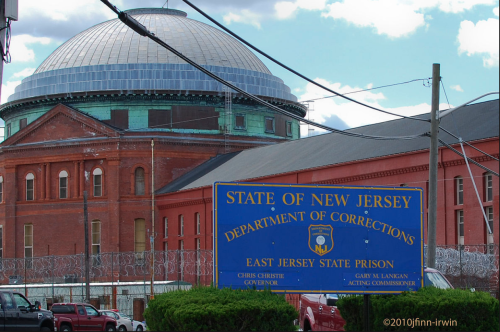 Jeffrey R. Wass, 55, of the Nieuw Amsterdam Apartments on North Maple Avenue, he will be eligible for parole after 42 months, under the Graves Act.  Wass pled guilty in February to one count of Possession of a Weapon for an Unlawful Purpose (Second Degree).

The investigation revealed that on May 24, 2017, Evesham police and fire personnel were called to the apartment complex by a maintenance worker who entered Wass’s apartment to investigate the odor of natural gas and discovered him unconscious on the couch.

Upon entering the unit, the worker discovered that the burners on the gas stove had been turned on, but were not lit. The worker turned off the burners, and PSE&G was called to the scene to shut down gas and electric service to the entire building to prevent an explosion.

Evesham police were able to establish verbal contact with Wass from the doorway of his apartment, but Wass instructed officers not to enter. When several attempts to establish phone contact failed, an Evesham officer returned to the door of the apartment and yelled inside, asking him to answer his phone. Wass responded by firing a gunshot inside the apartment.

Officers took cover and, after multiple unsuccessful attempts to re-initiate contact with Wass over the course of several hours, a tactical robot was deployed by New Jersey State Police. Images transmitted by the robot showed that Wass was incapacitated on his sofa. Entry was then made and Wass was safely taken into custody. A 9mm pistol was recovered inside the apartment during the execution of a search warrant.

Assistant Prosecutor Matt Lynch told the Hon. Jeanne T. Covert, P.J.Cr., today that Wass had problems with alcohol that “drove him to a dark place on that day where he could have killed himself as well as some of the officers who came to help him.”

The case was prosecuted by Assistant Prosecutor Michael Angermeier, supervisor of the BCPO Gun Violence Unit. The investigation was conducted by the Burlington County Prosecutor’s Office and the Evesham Township Police Department, with assistance from the New Jersey State Police. The lead investigators were BCPO Detective Tim Van Fossen and Evesham Police Detective Michael Hatler.