Reminder for the week: Dumping on state wildlife areas an ongoing issue 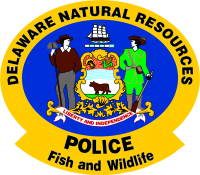 Public Safety: Driving with a suspended or revoked license (2) and operating an ATV on state lands (1).

Dumping on our state wildlife areas has become an ongoing issue. Delaware Fish & Wildlife Natural Resources Police encourage residents and visitors to report violations, which can be done anonymously, by calling 1-800-523-3336.

Reminder for the week: Dumping on state wildlife areas an ongoing issue