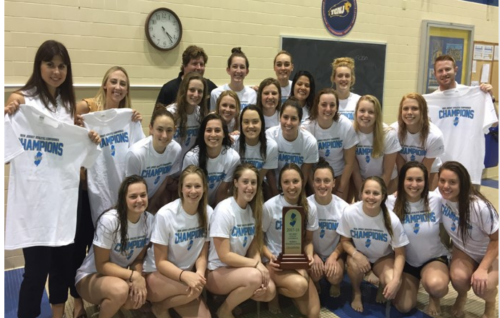 Due to the fact that the NJAC does not conduct a championship meet in the sport of women’s swimming & diving, the conference title is awarded to the team with the best record in conference dual-meet competition. Rowan claimed the league crown by going undefeated (5-0) in conference meets for the second straight season.

The Profs opened the season with three conference victories during a three day span after defeating conference newcomer Kean (142-55), William Paterson (184-51) and Ramapo (209-52) on November 9, 10 and 11 respectively. Sixty-seven days later after a break for exams and the holidays, Rowan claimed its fourth NJAC win with a 201.5-98.5 victory over Montclair State on January 13, before clinching the league crown two weeks later at TCNJ.