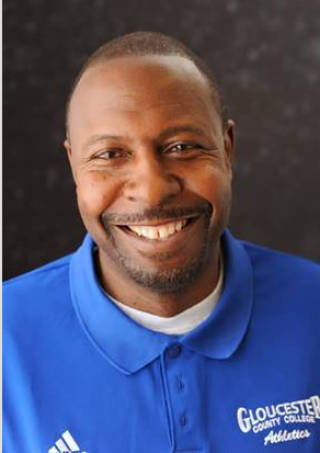 Chris Martin, Head Coach at Rowan College at Gloucester County,  was hired in 2010 to lead the Roadrunner Men's Basketball program, and he has collected over 100 wins in his collegiate coaching career. Martin brought a wealth of experience and knowledge to one of the school's top programs. Martin came to RCGC from Winslow Township High School where he was the head coach for eight seasons.

Martin built the Winslow program into one of the area's strongest high school programs piling up a 143-79 record during his tenure as head coach. Prior to his very successful coaching stint at Winslow Township HS, Martin had also been a successful college coach.

He was an assistant coach at his alma mater Rowan University from 1985-1998 during their most successful years in men's basketball. The team won the NCAA Division III National Championship in 1989. Martin also served as ​the head coach at Camden County College from 1999-2001.

Martin was inducted into the South Jersey Basketball Hall-of-Fame in 2008.

Reservations for this event must be made prior to Friday, February 2nd.  Lunch cost is $25.00.  Your school will be financially responsible for all reservations made.

The next (and last) meeting for the season will be Senior Day (Wednesday, February 21st)