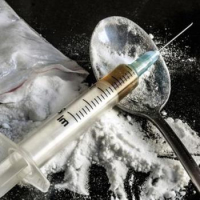 Upon arrival of police, Sonny Sinnerard, a 23 year old male, was discovered deceased.

A subsequent joint investigation was initiated by the Cape May County Prosecutor’s Office Major Crimes Unit and the Detective Bureau of the Middle Township Police Department. During the course of the investigation it was determined that Daniel Osmundsen, a 26 year old male, and resident of Country Acres Drive in Middle Township, sold Sinnerard suspected heroin in the early morning hours of October 25, 2017.

As a result of this investigation, Osmundsen was charged with one (1) count of Strict Liability for Drug Induced Death, a crime of the first degree, two (2) counts of Possession with the Intent to Distribute a Controlled Substance, a crime of the 3rd degree and two (2) counts of Possession of a Controlled Substance, also a crime of the 3rd degree. As a result of the charges Osmundsen was lodged in the Cape May County Correctional Center awaiting court proceedings.

Prosecutor Johnson and Chief Leusner recognize the efforts of all the law enforcement officers involved in this investigation which resulted in the swift arrest of an individual who was distributing heroin in Cape May County.

Prosecutor Johnson and Chief Leusner urge anyone who has information concerning this case or any illegal activity within the community to report it to the Prosecutor's Office at 609-465-1135 or the Middle Township Police Department at 609-465-8700 or text TIP MTPDTIPS followed by your message, to 888777 or text anonymously through the Cape May County Sheriff’s Tip Line at cmcsheriff.net and click on anonymous tip.

Upon arrival of police, Sonny Sinnerard, a 23 year old male, was discovered deceased.