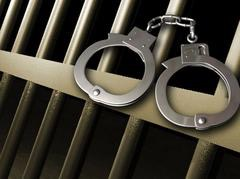 Pampalone pled guilty to wire fraud in April 2017. He admitted that in 2013, he stole money that he had promised to hold in escrow for an East Greenbush, New York, man seeking a mortgage.  After the client sent him two wires totaling $132,450, Pampalone withdrew the money and used it for personal expenses.  In the following months, Pampalone told the client an elaborate, false story about the location of his money.

United States District Judge Mae A. D’Agostino also imposed a 3-year term of supervised release to begin after Pampalone’s release from prison.  Pampalone was also ordered to pay restitution to the victim in the amount of $132,450.

This case was investigated by the USPIS and New York State Police, and was prosecuted by Assistant United States Attorney Wayne A. Myers.