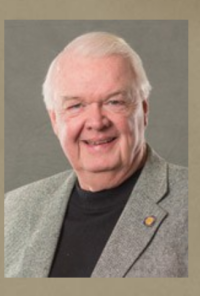 "As a former Republican leader, I rarely endorse a Democrat. But Steve's an exception," Collins said. "He's a strong, effective leader who works with both parties to get the job done. He has an open door to constituents and legislators alike, he listens, and you always know where he stands.

"I don't know of anyone who has been a more relentless advocate for the hard-working families of South Jersey."

Collins, a Salem County resident who was first elected to represent the 3rd Legislative District in the State Assembly in 1985 and led the chamber as Speaker from 1996 through 2002, said the results of Sweeney's efforts can be seen across the region. Sweeney, he said, has helped attract millions in economic development, which led to  the creation of hundreds of jobs and his commitment to Rowan University has helped it become a first-class institution.”

Collins, a former high school science teacher and Hall of Fame basketball coach, added that Sweeney, as Senate President, was the driving force behind an unprecedented agreement to fairly fund New Jersey's schools, insisting that it be resolved before the state budget was passed. Numerous school districts were grossly underfunded due to an outdated formula, and the issue remained unresolved until Sweeney's intercession. His efforts also provided more money for Pre-K education.

Collins also cited Sweeney's efforts to secure critically-needed funding for the state's decaying roads, bridges, railways and other infrastructure. And he praised Sweeney's sensitivity for the needs of the disabled and others with special needs, securing money for programs and recreational facilities.

Collins attributed Sweeney's success in part to his ability to work with both Democrats and Republicans to find common ground on divisive issues. "That's rare in today's polarized political environment," Collins said. "We could get so much more done for the people of this state if we had more leaders like Steve willing to ignore party labels and find consensus."

"Our region is fortunate to have Steve Sweeney looking out for us in Trenton," Collins said. "No one has worked harder for our region, and I strongly support his reelection in November and his return as Senate President."

CNBNews NOTE--  Collins , who was born and raised in Gloucester City, is a Gloucester Catholic High School alumnus. After retiring from the assembly he joined the Princeton Public Affairs Lobbying Group.