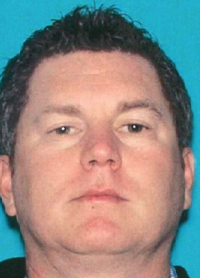 MOUNT HOLLY - Burlington County Prosecutor Scott Coffina announced that a Moorestown- based financial advisor pled guilty yesterday to stealing nearly $900,000 from a client who had provided him with the money believing it would be invested in mutual funds.

Brian Murphy, 46, of Wharton Place in Hainesport, pled guilty to Misapplication of Entrusted Property (Second Degree) and Failure to Pay New Jersey State Income Taxes (Third Degree). Under the terms of an agreement with the Prosecutor’s Office, Murphy will receive a seven-year sentence on the second degree charge and a concurrent three-year sentence on the third degree charge.

Furthermore, Murphy must make restitution to the victim in the amount of $890,000 and permanently forfeit his financial licenses.

The plea was entered before the Hon. Christopher J. Garrenger, J.S.C. Sentencing has been scheduled for January 10, 2018.

Murphy was doing business under the name of Murphy Financial Advisors out of Moorestown when he began receiving money from the victim in March 2011 to be invested in mutual funds overseen by a specific investment firm.

The investigation revealed that instead of investing the money provided to him by the client, Murphy used those funds to pay for personal and business expenses, including membership at a local country club, private school tuition, automobiles and attorney fees, among other things.

The money was transferred to Murphy by the victim over a four-year period. The victim became suspicious when Murphy failed on several occasions to provide statements showing the status of the investments. When the victim pressed Murphy for information, he provided fictitious financial statements and a link to a bogus web page that he created in an attempt to satisfy the client’s demand for information.

The victim then contacted the investment firm and was told that no record existed of any funds deposited on the victim’s behalf by Brian Murphy. When Murphy was asked by the victim for an explanation, he went to the victim’s residence and attempted to persuade the victim to sign a promissory note that indicated the victim had agreed to loan Murphy money.

The investigation also determined that Murphy under reported his taxable income in 2012, 2014 and 2015 and failed to file a New Jersey tax return in 2013. Murphy must file back state and federal income tax returns as part of the plea agreement.

MOUNT HOLLY - Burlington County Prosecutor Scott Coffina announced that a Moorestown- based financial advisor pled guilty yesterday to stealing nearly $900,000 from a client who had provided him with the money believing it would be invested in mutual funds.