Source The Diocese of Camden 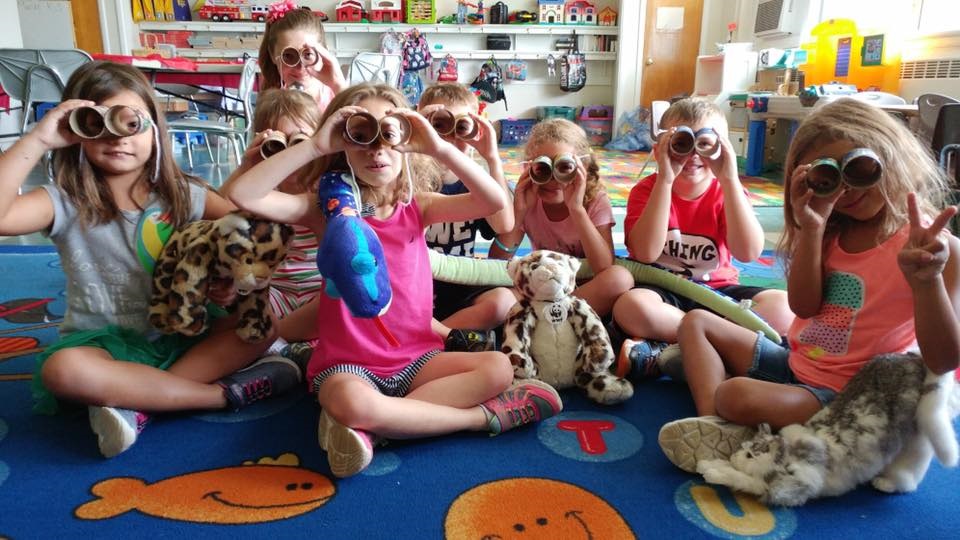 Although school is officially starting next week, running a school is a year-round job, especially if the school offers summer programs.

Many South Jersey Catholic Schools offered current students and visitors the opportunity to play, learn, experiment, hone athletic and theatrical skills and get a jump on the college search this summer. 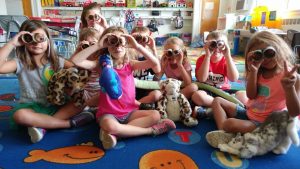 Guardian Angels in Gibbsboro and Saint Michael the Archangel in Clayton hosted extended camp programs with a weekly theme. Families were welcome to enroll for any or all weeks of camp. Young campers had a chance to learn through arts and crafts, science experiments, music and theater, water play and other outdoor activities. Older students were on hand as volunteer counselors.

S.T.R.E.A.M. through the Lens of Art, Horticulture and Robotics was the theme of a summer camp at Bishop McHugh in Cape May Courthouse. The three components of the camp linked various components of S.T.R.E.A.M. (Science, Technology, Religion, Engineering, Arts and Math) for a hands-on, integrated experience. Christ the King School in Haddonfield also focused on science, technology, engineering and math, and sponsored a reading enrichment program hosted by Cooper Learning Center.

In our high schools, sports camps offered athletes of all ages an opportunity to work on skills and technique. Holy Spirit in Absecon offered football and girls soccer to players as young as age four. Fields and courts were also filled with baseball, basketball, softball and tennis players, while incoming freshman boys took to the water with the crew team.

Center court and center stage were the place to be at Camden Catholic in Cherry Hill. School team coaches led boys and girls basketball camps with help from players, and the Irish girls’ team captured the championship in the Rutgers summer league. The school’s performing arts camp ended with a spectacular production of Once on this Island Jr. Meantime, rising seniors took advantage of college boot camp, where they covered the ins and outs of the application process, completing the common application and meeting with college counselors.

College was also top of mind for students at Paul VI in Haddonfield, which offered SAT and college planning courses. Students who attended the college planning course finished the common application and college essays. Turnout was also high among incoming Paul VI freshmen for iPad camp, where mini lessons in English, math, science and history gave students a chance to apply enhanced technology skills  to coursework.

Thanks to grants, annual fund campaigns and generous donors, across the diocese schools have been painting, carpeting, adapting, restoring and building to get ready for the new school year. In Woodbury, Holy Angels Regional School, which is relocating from the former Holy Trinity site in Westville Grove, will open with fresh paint, new carpet and a new roof. Saint Teresa’s in Runnemede  will be adorned with all new windows.

Students at Saint Mary’s in Vineland and Christ the King will enjoy new STEM/STREAM labs, with new desks, equipment and technology. At Saint Rose of Lima in Haddon Heights, Saint Michael’s and Saint Peter in Merchantville, students will find new Chromebooks. Smart TVs will be in all Saint Rose of Lima classrooms as well.

Some of the diocese’s youngest students will enjoy new playground equipment at Guardian Angels and Christ the King schools.

A look ahead at new courses, electives and clubs

Saint Peter in Merchantville will expand its STEM curriculum with a particular focus on technology instruction and integration with Catholic Identity. A new Honors Literature program for sixth through eighth graders will emphasize classis literature, and the current Latin program will be expanded.

With the addition of a 9th period in 2016-17, Saint Rose of Lima teachers had the opportunity to create project-based, interdisciplinary STREAM projects for every grade. These projects will be implemented as part of the school curriculum for 2017-18, and students will study topics in depth through research, inquiry, investigation and outcomes. Each school day will end with 9th period elective clubs, which include: Volleyball, Choral Club, Animals are Awesome, Book Club, Art Club, Board Games, Scrabble, Service Crafts, Sign Language, Lexia Learning, Cooking, Student Library Aides, Photograph, Broadcast, Vocations Letter Writing, and Lego Club.

Saint Mary’s in Vineland is creating a “Youth Faith Formation through STREAM” project to strengthen the integration of religion into the STREAM curriculum and deepen faith development.

At Christ the King, where a school garden is already an important learning center, fourth and fifth graders will plant a Pocket Meadow in a new outdoor classroom. New clubs at Christ the King include: STEM, Knitting Knights (knitting items to donate to those in need) and a Lego club. The school is also developing plans for a service initiative in conjunction with the Bishop’s efforts around refugees.

Technology will influence high school level changes at Paul VI. In a new course, Web Development HTML, students will learn how to structure and style a webpage and its applications. Virtual courses, which enable students to earn college credits through Rowan College at Gloucester County, will be offered and include: Introduction to Economics, Environmental Science: Pollution and Solutions; Earth Science, Air and Space; and Introduction to Criminal Justice.

By reorganizing its swim team to have two squads (separate teams for boys and girls), Paul VI will have a total of 24 NJSIAA varsity sports.

Saint Mary’s in Vineland thanks Alums Paul Biagi, Dan Kuhar and Luke Henry, who built an outdoor fossil pit to support the new STREAM Academy. All three young men are rising seniors at Saint Augustine Prep and working on their senior Caritas Project.

Saint Michael’s thanks Alum Ben Jeffries, who built and maintains a vegetable garden on the school premises as part of his Eagle Scout project. Also Saint Michael’s is grateful to Columbian squires, who will create a Wall of Honor at the school to honor alums that have served or are serving in Armed Forces

Source The Diocese of Camden

Although school is officially starting next week, running a school is a year-round job, especially if the school offers summer programs.

Many South Jersey Catholic Schools offered current students and visitors the opportunity to play, learn, experiment, hone athletic and theatrical skills and get a jump on the college search this summer.