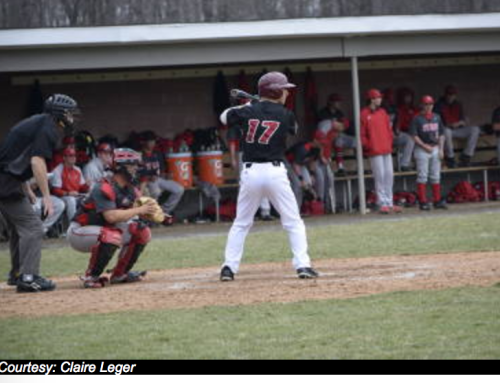 Simone pieced together a strong week at the plate for the Trail Blazers, putting up .522/.538/.957 numbers over six games. His batting average ranked third among qualified players with double-digit at-bats, while his 12 hits, four doubles and two home runs all fell just one shy of the league lead over the past week. Simone's slugging percentage, OPS (1.495) and RBI total (14) led the league amongst players with at least 15 plate appearances.

The 5-foot-11 outfielder, posted at least one hit in five of his six appearances, including three multi-hit outings. He also drove in two or runs on four occasions, with his first such game coming on July 19, when he launched a three-run homer against Mohawk Valley. In a doubleheader against Geneva on July 21, Simone compiled four hits in eight at-bats, led by a 3-for-4 showing with a two-run double and solo shot. The Adirondack outfielder capped off the week with an impressive performance in Sunday's 12-11 extra-inning victory over Oneonta, as he finished a perfect 5-for-5 with two doubles and six RBIs. He punctuated the evening by registering the walk-off hit with a two-run single in the bottom of the 10th inning.

Simone is the first Trail Blazer to garner a weekly award from the PGCBL this season.