CNBNews Cheers and Jeers for March 2017

“New Jersey stinks. All the politicians steal. I never met a straight politician the whole time I was in New Jersey. They must hafta screw ’em in the ground when they die. —MEL WEINBERG”  (Excerpt From Robert W. Greene. “The Sting Man.” (Inside Abscam) https://itun.es/us/iWmdO.l 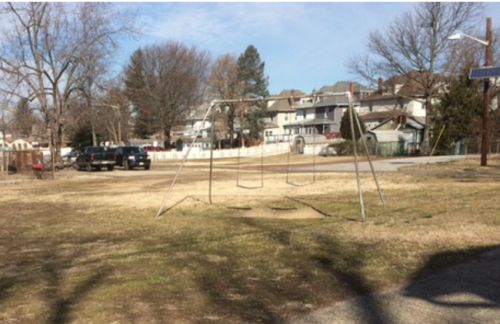 not providing more equipment for the Little Somerset Street playground. Two swings, are you kidding me!  It has been this way for decades. We grew up in this neighborhood. Back them there was a jungle gym, swings, merry go round,  sliding board, sandboxes, and a basketball court.  Don’t the children in this neighborhood deserve better treatment? We think so!

JEER—Gloucester City mayor and council have been negotiating with building contractors since last year to erect billboards in the vicinity of the Walt Whitman bridge. In 1996 the City of Gloucester spent thousands of your tax dollars in legal fees to fight a request by Intervine Outdoor Advertising who wanted to do the same thing that Mayor James and his council are now planning to do without you having a say. After Intervine’s  zoning application was denied by the city the company appealed their decision all the way to the U.S. Supreme Court. Each time your tax dollars were spent to defend the city’s position. We are continuing our investigation.  SEE  COURT DOCUMENTS

CHEER—Country music singer Garth Brooks and Josh Gross of the Philadelphia Union held a soccer camp at Gloucester City High School on March 25. The event was part of the Garth Brooks Teammates for Kids Foundation and ProCamps that have been running for the past 12 years. The program teaches kids skills on the field while also providing scholarships for underprivileged children so they can go to camps like these.

JEER—If there was ever a time for term limits for those running our country it is now. We are witnessing so much turmoil in Washington between the political elite on the Right and Left that it is obvious that once again nothing will be accomplished in the next four years. As a result we the taxpayers will continue to get the "shaft".

CHEER—So happy that spring is finally here which means the 2017 baseball season can’t be far away. ~A Boston Red Socks Fan

JEER—The five NJ Republican congressmen all voted in March to send a bill to President Trump that would allow Internet Service Providers - often the giant telecoms, such as AT&T and Verizon - to collect info such as your browsing history, your app usage, and health and financial info, just so they can sell it to marketers. Just what we don’t need more junk mail! The NJ congressman include Rep.  Frank  A.  LoBiondo, Rep.  Tom  MacArthur, Rep.  Christopher  H.  'Chris'  Smith, Rep.  Leonard  Lance, and Rep.  Rodney  P.  Frelinghuysen  http://votesmart.org/bill/votes/58786#.WN5cAhLyuRG

CHEER—Thank you to four great young men from the Gloucester City High School  Class of 2016 who are serving in the U. S. Marines: Ignacio Lopez, Bryan Santiago, Carter Orant and Alex Holmes. We honor you every day.

JEER-If you are in the market to buy a steel/metal carport beware of the dealer you buy it from.  The majority are honest people but there are some who use shady tactics quoting one price and jacking it up after you sign a contract. Or promising you installation in three weeks and 12 weeks later you are still waiting. We specifically urge you to be careful when dealing with Disk Works of South Jersey, Newhart Builders of South Hill, Virginia and Catapult Steel Buildings of Chesapeake Virginia

CHEER—March 3 a massive ship carrying steel was docked at the new Paulsboro Marine Terminal, representatives from Gloucester County, Holt Logistics Corp., and the local business community gathered to celebrate those who have been steering the port's existence into reality celebrated its arrival and the beginning of a new era for the region. Related: First ship arrives at Paulsboro Marine Terminal

JEER—Every weekend our neighbor starts running his power tools early in the morning before anyone is awake. Those of us who work during the week look forward to the weekend to sleep-in. This same person has been seen stuffing the leaves he rakes down the nearby storm drain.  When a heavy rain comes to the street it floods because the sewer drain is clogged with leaves. ~signed Anonymous

CHEER—To the organizers of the Kelsey Charity Run, held a Winter Break Party in Manville NJ on March 11 to help three-year-old cancer patient Sadie Ally and her family.

JEER—To pet owners who don’t pick up after their animals be they dog or cat. In our travels, we often take a break at a rest stop. We walk the dog and stretch our legs. Invariably we find piles of dog crap just laying in the grass or on the sidewalk despite the fact that there are plastic bags provided and trash cans. It seems that those who own little dogs are the worst offenders. Pick-up after your dog, bending over is good exercise. And cat owners, don’t let your pussy cat run the neighborhood taking a crap in everyone’s flower gardens. Show some respect for your neighbors.

CHEER—The contractor building the Royal Farms convenience store at Route 130 and Market Street, Gloucester City broke ground in March. We stopped at one of their Maryland stores recently when coming home from our vacation. They are known for their fried chicken and after tasting it we understand why. It was finger licking good! Looking forward to their grand opening. Related: Multi-Million Dollar Convenience Store

JEER—Former presidential candidate Hillary Clinton recently told an audience in Scranton, Pennsylvania she was ready to “come out of the woods.” There has been much speculation on what Clinton, age 69, will do in the next phase of her career. Two failed presidential runs would seem to preclude a third, should she be interested in electoral politics again. New York City-area politicos dissatisfied with Mayor Bill de Blasio have openly floated her name as a possible contender for the city's top job but confidantes and observers have shot down the unlikely idea.  Why can’t these career politicians just fade into the sunset? We had enough of you, and Bill. Hillary, please take up knitting, or volunteer to help women who have been sexually abused by deranged politicians. Just go away.  (recommended read "Game of Thorns")

CNBNews Cheers and Jeers for March 2017

“New Jersey stinks. All the politicians steal. I never met a straight politician the whole time I was in New Jersey. They must hafta screw ’em in the ground when they die. —MEL WEINBERG”  (Excerpt From Robert W. Greene. “The Sting Man.” (Inside Abscam) https://itun.es/us/iWmdO.l

not providing more equipment for the Little Somerset Street playground. Two swings, are you kidding me!  It has been this way for decades. We grew up in this neighborhood. Back them there was a jungle gym, swings, merry go round,  sliding board, sandboxes, and a basketball court.  Don’t the children in this neighborhood deserve better treatment? We think so!