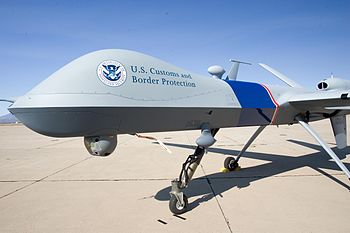 Shortly before the accident was reported, the driver of the vehicle attempted to flee from agents who initiated a vehicle stop.

Border Patrol agents immediately provided assistance to the driver and the two occupants in the vehicle.  The California Highway Patrol, along with emergency medical service were contacted and dispatched to the area.

The driver sustained severe trauma to his head and torso and was air lifted to a medical facility in Palm Springs.  The two occupants appeared to suffer minor injuries, but were taken to a hospital in Escondido to be evaluated.

“The driver of this vehicle is an associate of one of the Indio Border Patrol Station’s top two alien smuggling organizations,” said Scott Garrett, the Patrol Agent in Charge of the Indio Station. “The driver chose to flee and wound up seriously injuring himself. Fortunately, the two individuals he was smuggling were not seriously injured, otherwise he would be facing additional felony charges.”

Subsequent to their release from the hospital, the two occupants were taken to the Indio Border Patrol Station to be interviewed.

U.S. Customs and Border Protection is the unified border agency within the Department of Homeland Security charged with the management, control and protection of our nation's borders at and between the official ports of entry. CBP is charged with keeping terrorists and terrorist weapons out of the country while enforcing hundreds of U.S. laws.