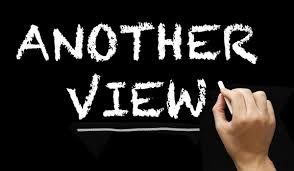 The Pats-Falcons was a ridiculous end to a Super Bowl. In the last 12 months we witnessed a buzzer-beater in the NCAA championship, two 3-1 leads blown and a college football game goes down to the final second.

They were dropping passes left and right and there defense couldn’t stop the run game. There was never a point in the game where I said it was over, because of the reasons above, but there was a time where I said New England has no confidence.

For everyone who believes the NFL is rigged, please do not talk football with me and do not talk football at all. The NFL suspends Tom Brady for the first four games of the year, and you think that Roger Goodell and the NFL said: “let’s give Brady the chance to come back and win”?

Goodell of all people wanted Brady to win? The NFL wanted the villain to win this game? Stop, I’ll tell you why the Patriots won this game.

For starters, Lady Gaga was on the stage for one hour, which means the Falcons red hot offense were not on the field for over an hour.

When you have all that momentum and you have to sit out for an hour, you will come back very rusty.

The Falcons got way too conservative. This is the final game and they got conservative, instead of trying to put up more points.

The Julio Jones catch was the key to the game for the Falcons. The Falcons are outside the red zone and yet they lost nearly 30 yards after that. A holding penalty and a sack later they’re out of field goal range.

You cannot take a sack at that moment. Why were they throwing the football at that point in time? They were outside the red zone, all they needed to do was run the football.

The Patriots couldn’t stop Devonta Freeman all night and they go away from that plan and decide to throw it. If the Falcons kick a field goal, they’re the Super Bowl champions.

After four hours of playing the same team, they should’ve been able to stop them. Instead, New England went down their throat and scored with authority.

One last thing, not to take away from Brady’s great game, but James White should’ve been the Super Bowl MVP. White scored the game-tying TD, two-point conversion, and the game-winning TD. Also a Super Bowl record 14 receptions.

The QB will win the MVP award 10 times out of 10. Even Brady said White should’ve been the MVP.

Stop with the NFL is rigged discussion, the Falcons lost this themselves. Also, Tom Brady is the greatest QB of all time.

The Pats-Falcons was a ridiculous end to a Super Bowl. In the last 12 months we witnessed a buzzer-beater in the NCAA championship, two 3-1 leads blown and a college football game goes down to the final second.