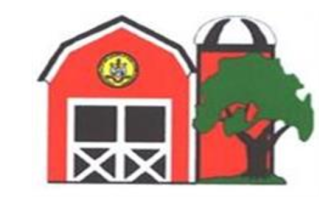 announced today that a 36.01 acre farm in Deptford Township would be permanently preserved in the County's Open Space program.

Director Damminger said that the county will purchase the development rights easement for the farm property owned by Deptford for $743,606 based on state-appraisal value, and that the county will submit for an estimated 60% reimbursement from the State Agriculture Development Committee for the settlement costs in the County’s next Farmland Preservation funding round.

Damminger said, "We continue to move ahead and be proactive about saving farmland and open space in our county, and we plan to hit the 21,000 mark of acres preserved in 2017."

The property being preserved was previously owned and farmed for generations by the Andaloro family, and was recently purchased by the Township of Deptford who seek to maintain its agricultural operations.

Freeholder DiMarco, Liaison to the Department of Parks and Land Preservation said, “More than one-quarter of the County is actively utilized for farmland operations. The farming industry of Gloucester County is an invaluable part of New Jersey’s agricultural economy. We are among the state’s five most productive counties in almost every agricultural category, including field crops, vegetables, dairy, and nursery products.  The agricultural industry in Gloucester County has demonstrated its ability to remain viable and successful in the face of changing market conditions.”

“As our county continues to grow our residents need open space areas too for their recreational needs, be they passive or active.  To this end the County’s Open Space program has procured expansions to Red Bank Battlefield in National Park, the James G. Atkinson Memorial Park in Washington Township, Scotland Run Park in Clayton and Franklin Townships, and lands adjacent to the County Golf Course Greenway in Mantua Township,” said DiMarco.

DiMarco said the county also helped many municipalities add thousands of acres to their own park systems. ###

announced today that a 36.01 acre farm in Deptford Township would be permanently preserved in the County's Open Space program.