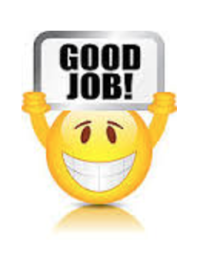 (January 19, 2017) - Eleven Camden County residents were honored for their unselfish contributions to improving their community at the 2017 Camden County Freedom Medal Ceremony held on January 18th.  The award, created by the Freeholder Board in 2001, is presented to civic leaders who demonstrate the ideals and actions that reflect the principles of Dr. Martin Luther King, Jr.

“Each year since 2001, the Camden County Freedom Medal has been presented to honor extraordinary Camden County citizens who have generously contributed their time and effort to better their community while espousing the ideals indicative of Dr. Martin Luther King, Jr.,” said Freeholder Director Louis Cappelli, Jr.  “These exemplary citizens have demonstrated significant contributions in the area of community service.  They serve as a model to us all.”

The ceremony took place at the Camden County Boathouse at Cooper River.

Alan Braslow is a community champion and a leading animal rights advocate. He organized peaceful protests at the location of a new pet store in Cherry Hill that sold puppies bred in horrific puppy mills. Through Alan's advocacy, Camden County developed the first countywide ban of the sale of puppy mill dogs in the State of New Jersey. Known as Norman's Law, it is now known throughout the state and country.

Steve is a caregiver and an all-around warrior for several causes. He is the area coordinator for Dining Out for Life, an annual fundraising event for AIDS education and prevention that supports the Camden Area Health Education Center. Steve spends several months each year talking restaurant managers into giving up a significant portion of their profits for the event to support AIDS education.

Beth Connolly truly embodies the spirit and ideals of Dr. Martin Luther King. Despite health issues and limited means, Beth and her team of volunteers deliver food, water, toiletries, and clothing to needy people in Camden and Philadelphia. This outreach, which feeds an average of 125 people every Tuesday, includes the personal touch of the hugs and love given out with each meal or item of clothing.

Patty DiRenzo has channeled unimaginable grief into an unrelenting cause. In 2010, Patty lost her 26-year-old son to a heroin overdose. Since that time, she has devoted her life, work, and free time to the prevention and treatment of substance use disorder in Camden County. Patty was instrumental in the passage of the Overdose Prevention Act in 2013 and serves on the Camden County Addiction Awareness Task Force.

Paul Hilton has been a volunteer within the Rowan University Alumni Association since 2011, when he served on the inaugural Rowan/Glassboro State College Black Alumni & Friends reunion committee. Since then, he has gone on to serve on the Alumni Association Board of Directors and has played a pivotal role in developing alumni events and programs for the entire Rowan Alumni community.

Christopher Andrew Maier has been opening eyes to the wonders of Camden and its fascinating history. Mr. Maier formed CamdenpopRock!, a musical group of local residents that spread good news about Camden. Christopher is also the Arts Chairman of the Cooper-Grant Neighborhood Association, acting as a magnet for incoming artists, musicians, and writers. He volunteers twice weekly at the neighborhood Center for their after-school program.

Jane is a former Cherry Hill Public School educator who has always been very active in service to others. The two predominant themes associated with Jane’s volunteerism are early literacy education and choral music. Jane has been a dedicated volunteer at Camden’s Urban Promise School. She used her vast early literacy knowledge to go into 1st grade classrooms and help students with decoding, reading fluency, phonemic awareness and reading comprehension.

The bug of giving bit Mike O’Neil only about two years ago, but it bit him hard. Mike began giving back to the community by working with an organization that collects items for those in need. They give things like food, clothing, toiletries, furniture, and backpacks. He created One Love South Jersey, a non-profit organization that allows people and organizations to coordinate their activities and work together.

Felisha Reyes-Morton’s dedication and work ethic to improve families and children's lives in Camden through her work with the North Camden Little League, Camden Youth Baseball & Softball Association, and the Camden Advisory Board of Education has made a tremendous impact in the lives of Camden’s youth. Felisha currently serves as the President of the North Camden Little League (NCLL), which is made up of over 700 young boys and girls.

Since Marshall was 10 years old, he has committed himself to serving our veteran and active duty military community. For the last 13 years, Marshall played an instrumental role as co-chair of the Annual Thanksgiving Day Dinner for the Troops. Marshall continues to serve the Battleship and its veterans as the youngest member of the Board of Trustees for the Home Port Alliance of the Battleship New Jersey.

(January 19, 2017) - Eleven Camden County residents were honored for their unselfish contributions to improving their community at the 2017 Camden County Freedom Medal Ceremony held on January 18th.  The award, created by the Freeholder Board in 2001, is presented to civic leaders who demonstrate the ideals and actions that reflect the principles of Dr. Martin Luther King, Jr.