Drink up: In Philadelphia, beer is cheaper than soda thanks to beverage tax - Watchdog.org 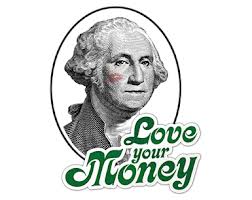 The beverage tax, which at 1.5 cents per ounce is 24 times the amount that is levied on beer, is applied not just to sugar-heavy sodas, but also such beverages as fruit drinks, sweetened iced tea and juices that contain less than 50 percent real fruit. Even some drinks that have no sugar, such as diet sodas, are taxed.

The Tax Foundation recently discovered that a 12-pack of Propel energy drink costs $9.04 in one Philadelphia store thanks to a beverage tax of $3.04, while a 12-pack of Icehouse beer is $7.99 after the beer tax is applied. (That’s with a discount: the Propel normally sells for $6.99 in the store, meaning at regular price it would be $10.04 with the new tax applied, making the gap even wider.)

Author Scott Drenkard also pointed out that in some cases the beverage tax is nearly as much as the cost of the beverage, noting that a 12-pack of store-brand root beer retails for $2.99 and has imposed on it a new sugary tax of $2.16.

The sky-high excise taxes have some city consumers vowing to shop outside the city’s borders:

CONTINUE TO READ via watchdog.org

Drink up: In Philadelphia, beer is cheaper than soda thanks to beverage tax - Watchdog.org