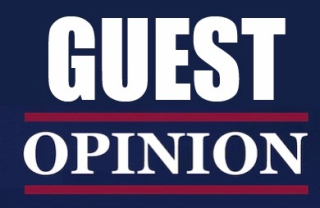 On the record, I correctly predicted the final score of the Packers-Cowboys game. That is all.

Those are the final four teams remaining.

The Steelers were the only team I predicted to lose and they didn’t look good to me at all last night. The Chiefs have a very tough defense and Pittsburgh found that out.

They were great in the open field, but once they got to the red area, the Chiefs shut them down and held them to six field goals.

How the Chiefs defense holds that high powered offense to six field goals, at home and still loses is absolutely mind blowing.

Alex Smith and company looked good early on, but somehow went away from the game plan that was working. When they needed to move the ball down the field quickly, they took their time.

And as every Philadelphia fan knows, Andy Reid’s clock management skills are terrible. They needed to score fast instead they score with 2:40 remaining, and one timeout, because Reid used his second one to talk over the two point conversion.

The Chiefs most likely win that game if it goes into OT. Steelers squeak away again, but this time they have to face Brady again.

Brady and the Pats were rusty and didn’t have their best stuff. With that being said, be happy it came against the Texans.

Not to discourage the Texans, they played a good game with the QB they had, but no one really gave them an opportunity to win. Brady threw for under 50% and believe me, this team will be ready to play the Steelers this weekend.

The Falcons offense was something magical to watch. A team that was practically overlooked all season, due to the lack of national TV coverage, might have shocked some people by what they did to that Seattle defense.

Realistically the Seahawks offense was bad on the road all season, so I wasn’t shocked they lost. I was more shocked that they were going to give up over 40 points.

The Falcons are a scary team to face right now and they have home field advantage again.

The Packers looked very good in the first half, but that second half was nail biting. If that game goes to OT, I’m taking Dallas, because Green Bay’s defense was gassed.

Aaron Rodgers was too much to handle in that first half and just keeps making a strong MVP case. They won the last two minutes of the game without their top two WR’s.

If they get Nelson back for this weekend, than it will be a shootout in Atlanta.

The Packers to me are the scariest team right now, because they’ve been battling for a playoff spot and have played with playoff tempo since Week 10 of the regular season.

On a side note, Dak Prescott played incredible, for a fourth round pick to play like that in the final minutes on a stage like that, the Cowboys have their guy. We can put the Romo or Dak discussion to bed.

This weekend will be a shootout for sure. Two first ballot Hall of Famers battle it out, while two QB’s try to make their MVP case in the NFC Championship game.

This Super Bowl will be the 15th out of the last 17 to feature either Brady, Roethlisberger or Peyton Manning.

On the record, I correctly predicted the final score of the Packers-Cowboys game. That is all.

Those are the final four teams remaining.

The Steelers were the only team I predicted to lose and they didn’t look good to me at all last night. The Chiefs have a very tough defense and Pittsburgh found that out.