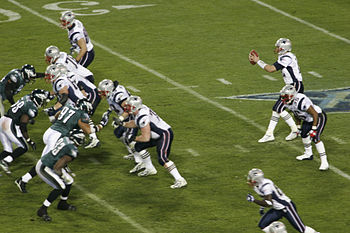 Conference Championship weekend is here and two teams will advance to the final Sunday of the NFL season.

The high-powered offense in Atlanta will go up against Aaron Rodgers and the Packers. Tom Brady looks to go to his seventh Super Bowl as he prepares to face off against the “Killer B’s”.

With that, here are my “expert” opinions for this weekend’s games.

The last time these two played, Matt Ryan lead the Falcons down the field and scored with 31 seconds left to secure a slim 33-32 win at home. Rodgers and Ryan combined for seven TD passes without an INT, so I’m expecting another shootout between the two MVP candidates.

Aaron Rodgers is 2-2 at Atlanta, but he’s thrown 10 TD’s to 1 INT. There’s no doubt that he’s been elite in that stadium.

He will put the same stats up as he did back when they last played each other. The Packers though have a struggling defense and blew a 28-13 lead and allowed Dallas to tie it up with 40 seconds left.

Dez Bryant caught for over 130 yards and I can see the same outcome from Julio Jones. Jones was quiet the last time these two played, but the difference between the Falcons and the Cowboys is they’ve got multiple weapons at the WR position.

As mentioned before, Mohammad Sanu caught the game-winning TD last time these two played and had five receptions for 50 yards on the final drive.

The Packers secondary was getting torched by just Bryant. Tevin Coleman didn’t play the last time either.

The Falcons have two WR’s and two RB’s who will be tough to stop and they also have Vic Beasley on the pass rush.

Tom Brady is coming off one of the worst playoff games he’s ever played, so you better believe he’s been working harder and studying tons of film this week.

The Steelers, like I always say, haven’t impressed me one bit this playoff. With a Hall of Fame QB, top WR and RB on your offense, they should be blowing teams out. The offense has been underachieving this entire postseason.

Instead, they just squeaked by the Kansas City Chiefs with six field goals and a holding penalty on the game-tying two point conversion by the Chiefs. The Steelers could not do anything in the red area last week.

The Steelers are 1-4 at Gillette Stadium since 2002 and they’ve never beaten the Patriots in the playoffs. Ben Roethlisberger’s only win against the Patriots in New England was the year Brady missed the whole season and their playoff losses came at home.

Brady has thrown 15 TD’s to 0 INT’s in the four games he’s played at home against the Steelers. Big Ben 8 TD’s to 4 INT’s. New England has not been kind to the Steelers.

Big Ben on the road this year has thrown 9 TD’s to 8 INT’s and completes less than 60 percent of his passes.

Really the only way the Steelers can win is if Brady doesn’t play. On top of that stat, Antonio Brown's antics after last week’s Chiefs victory has left some dilemma in that locker room.

Will the Steelers be ready to play and be able to put something that minor behind them for this Sunday?

The Patriots are coming off of a terrible game and also heard what Mike Tomlin said via Browns live stream and they are going to come out ready. Also, the Patriots defense has given up 17 points or less in seven of their last eight games.

I see the Patriots going to another Super Bowl and taking on the Falcons.

Conference Championship weekend is here and two teams will advance to the final Sunday of the NFL season.

The high-powered offense in Atlanta will go up against Aaron Rodgers and the Packers. Tom Brady looks to go to his seventh Super Bowl as he prepares to face off against the “Killer B’s”.

With that, here are my “expert” opinions for this weekend’s games.