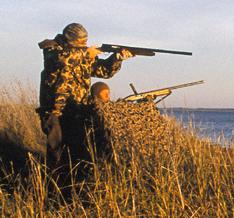 Reminder for the week: Waterfowl hunters advised to remove lead shot from gear

[if !supportLists]·       [endif]On Nov. 20, Fish & Wildlife Natural Resources Police arrested Dennis M. Ruff, 53, of New Castle, following an investigation into a report of shot from a shotgun striking a house near Lewes. Ruff was charged with one count each of first-degree reckless endangering, striking an occupied dwelling with shot discharged from a firearm, criminal mischief under $1,000 and discharging a firearm in a safety zone within 100 yards of a residence. Ruff was released on $4,252 unsecured bond, pending an appearance in Sussex County Court of Common Pleas at a later date. No injuries were reported.

On Nov. 17, Fish & Wildlife Natural Resources Police with the assistance of K-9 River located and cited a Newark man for one count each of trespassing to hunt and failure to display required hunter orange during a firearms deer season near Christiana. The man was fined $330, including court costs.

Public Safety: Carrying a loaded firearm in a motor vehicle (1), striking an occupied dwelling with shot discharged from a firearm (2), first degree reckless endangering (1), criminal mischief under $1,000 (1), discharging a firearm in a safety zone (1), and failure to display required hunter orange during a firearms deer season (3).

With fall’s second waterfowl hunting season segment open through Saturday, Nov. 26 and the third duck season segment coming up Friday, Dec. 9 thru Saturday, Jan. 28, 2017, DNREC’s Division of Fish & Wildlife Natural Resources Police remind waterfowl hunters to check their hunting gear bags, coats, boats and any other gear to make sure they are not carrying any lead shot.

Hunters wishing to hunt waterfowl on Augustine, Cedar Swamp, Woodland Beach, Little Creek, Ted Harvey or Assawoman wildlife areas also are reminded they must go through a lottery. Lotteries are held two hours before sunrise for all areas except for Little Creek/Ted Harvey, where the lottery is held 2.5 hours prior to sunrise. Hunters should plan to arrive in time to sign up for the drawing. If hunting waterfowl on a state wildlife area from a blind that was selected through a lottery, all hunters in the blind are required to carry the $20 annual blind permit, available for purchase where hunting licenses are sold. This permit is waived for hunters participating in Division of Fish & Wildlife-designated youth hunting days.

More information about waterfowl blind lotteries and availability at individual wildlife areas as well as specific wildlife area rules can be found online at Delaware Wildlife Area Maps. For more information on waterfowl hunting in Delaware, visit 2016-2017 Delaware Hunting and Trapping Guide.Printed copies of the guide and the wildlife area maps are also available at DNREC’s Dover license desk, 89 Kings Highway, Dover, DE 19901, or by calling the Wildlife Section office at 302-739-9912. The printed guide also is available from license agents throughout the state.

Reminder for the week: Waterfowl hunters advised to remove lead shot from gear