Cowgill, a Gloucester City High alumnus, said he and his friends set in the bleachers on the Palmyra side of the field because the bleachers are lower and he has a back problem. He said the Gloucester City school administrator approached him and asked that he and his friends move to the visitors' side of the field. He said the Palmyra police told the group that they didn’t have to move.

“We decided to move anyway,” said Cowgill. “We stayed and watched the remainder of the game. Several days later I received a letter from the school board telling me that I was banned from attending any further games because I cursed the administrator.”

Cowgill said he is considering filing a lawsuit against the Gloucester City Board of Education because of the ban. “I didn’t curse the administrator and I have four witnesses who will testify that I didn’t. “

Cowgill says, “I like to know why Rashann Hornsby hasn’t been banned from attending games?  Cowgill was referring to a September 10 game between Gloucester Catholic and Pitman, played at the Gloucester High stadium.

Cowgill said Hornsby says in a Facebook video that he argued with someone in the stands and he and his family were escorted out of the Gloucester High stadium by police.

“Yet, from what I been told nothing happened to him, ” said Cowgill.

Rashaan Hornsby, the father of Gloucester Catholic football player Rashann Hornsby, posted a video on Facebook about last month's incident on Facebook. The video has had 7,709 views and 369 likes.  Click the link below to view it.

He also said his nephew and son were beaten up in Gloucester City by 10 kids from Gloucester High for doing nothing. Hornsby said he was going to contact the National Association for the Advancement of Colored People (NAACP). And he said he was thinking about removing his son from Gloucester Catholic.

Gloucester City Police Chief Brian Morrell said the city did send a “Zero Tolerance” letter last week to Hornsby. “That letter doesn’t come from the police department,  it comes from either the city or the organization,”said Morrell. “I do sit on that Board.”

“I can’t comment any further about the Hornsby incident since the matter is still under investigation by Internal Affairs. I can tell you that Mr. Hornsby removed his son from  Gloucester Catholic last week.” 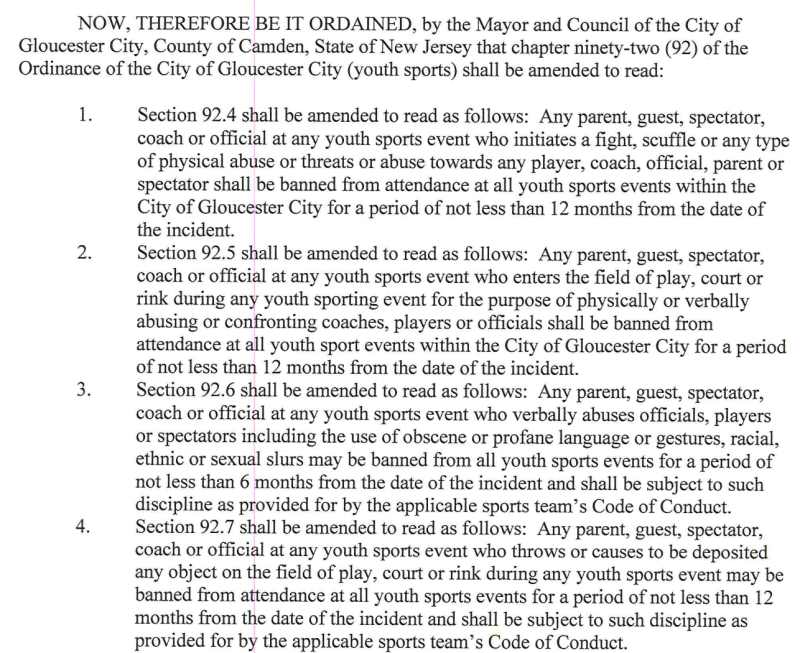