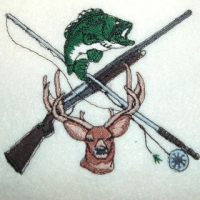 Operation Game Thief was launched in late September 2015, and its first three months handled a whopping 768 reports about poaching and illegal activity.

That’s well above the number of tips coming into the Game Commission’s hotline during a 12-month span in many years prior to Operation Game Thief’s launch, said program co-administrator Chad Eyler.

And even though the peak for poaching activity is still a month or more away, 728 tips have come in so far in 2016, meaning last year’s tip total could well double.

“The numbers prove it, Operation Game Thief is getting results in getting people to pay attention to and report poaching and crimes against wildlife,” Eyler said. “At not yet a year old, the program already is a success.”

Additionally, the Game Commission’s Operation Game Thief program is designed for rapid response to violations and, in most cases, information is dispatched to officers within five minutes, Eyler said.

In its first year, Operation Game Thief was responsible for several large cases, including the unlawful taking of multiple trophy bucks. The hotline also has been used to submit reports of unlawful baiting in hunting areas, resulting in charges and preventing animals from being taken unlawfully.

Have you witnessed a wildlife crime involving a deer, turkey, bear or elk, or a species that is protected, endangered or threatened? Call Operation Game Thief’s toll-free hotline – 24 hours a day, seven days a week – at 1-888-PGC-8001. Reports also can be submitted online on the Game Commission’s website.

The osprey, which in recent decades has seen an increasing population and distribution in Pennsylvania, soon could be removed from the state’s list of threatened species.

The Pennsylvania Board of Game Commissioners met today in Harrisburg and gave preliminary approval to an updated management plan for osprey that, among other things, calls for a change in the osprey’s status in Pennsylvania, defining it as a protected species rather than a threatened species.

If the plan and status change receive final adoption at a subsequent meeting, the board also will adopt heightened penalties for those who unlawfully kill ospreys. Similar penalties were adopted when the bald eagle was removed from the state’s list of threatened species in 2014.

The board at today’s meeting preliminarily approved the heightened penalty, as well.

The proposed management plan runs through 2025.

It notes the osprey has achieved objectives outlined in the plan and no longer meets the definition of a threatened species. The plan sets objectives of at least 50 total nesting pairs with a steady or increasing population, including at least 10 nesting pairs in each of four watersheds for the second consecutive comprehensive survey. Those objectives all were achieved in the 2016 nesting season.

An 18-acre tract that’s completely surrounded by State Game Lands 323 in Centre County could soon be added to the game lands.

The Pennsylvania Board of Game Commissioners today approved purchasing the property from Vivian and Joshua First for an option price of $36,000 lump sum to be paid with funds from third-party commitments for compensation of habitat and recreational losses that occurred on state game lands from previously approved projects.

CHANGES TO SUNDAY SHOOTING-RANGE USE TABLED

The Pennsylvania Board of Game Commissioners today tabled a vote to allow shooting ranges on state game lands to be open longer on Sundays before and within the firearms deer and bear seasons.

The commissioners said the proposal – which called for ranges to remain open from 8 a.m. to sunset on the Sundays immediately preceding, and any Sundays throughout the duration of the firearms deer and firearms bear seasons – had not been properly advertised.

It will be brought back to the board sometime in the future.

The Pennsylvania Board of Game Commissioners today thanked Commissioner Ron Weaner, of Biglerville, for his more than eight years of dedicated service on the board.

In recognition of his service, the Game Commission presented Weaner with a framed wildlife art print.

Weaner said it was an honor to represent hunters who are so passionate about their sport and to work with Game Commission staff, many of whom are among the very best in their respective areas of expertise. He said he’s proud of improvements made to the deer program during his tenure, as well as additional opportunities approved for mentored youth hunters.

More details about the meeting can be found in the news section of the Game Commission website.

HARRISBURG, PA - Killed unlawfully in a 2014 poaching spree, one of the largest bull elk in Pennsylvania history is making its way back to the state’s elk range as part of a traveling display of exceptional elk.

A mount of the bull known as the “Historic Pennsylvania Poaching Bull” is part of the Rocky Mountain Elk Foundation’s Great Elk Tour, at the Winslow Hill Viewing Area, near Benezette in Elk County.

The Great Elk Tour will remain on display through Sunday, Oct. 2.

The Historic Pennsylvania Poaching Bull was taken alongside two others in a night of poaching by three men in Karthaus Township, Clearfield County in September 2014. Wildlife Conservation Officer Mark Gritzer had been staking out the area where the giant 10- by 9-point bull had been hanging and was quick to intercept the poachers after the shot rang out. The three men each pleaded guilty to their charges, and their sentences included time in jail and fines totaling almost $39,000.

With the case resolved, the Rocky Mountain Elk Foundation has had a mount fashioned from the elk’s cape and antlers. Following completion of this year’s Great Elk Tour, it will be returned to the Game Commission’s ownership.

With a Boone & Crockett gross score of 460 1/8 inches, the Historic Pennsylvania Poaching bull is the largest among those on the tour this year. It’s the largest poached bull in state history, and among the largest ever.

Operation Game Thief was launched in late September 2015, and its first three months handled a whopping 768 reports about poaching and illegal activity.