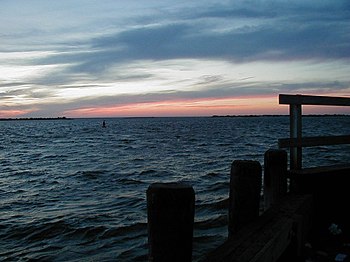 Thousands morefish kills were found along the Jersey Shore, this time in Little Egg Harbor. On Saturday, there were between 15,000 and 20,000 small peanut bunker that washed up on several lagoons along Osborn Island in the Great Bay. Like the Keansburg fish kill a week prior, the fish were likely killed due to low dissolved oxygen levels in the Bay, which is the result of poor water quality. These fish kills are a direct result of the Christie Administration’s failure to clean-up our waterways, address over-development and stormwater runoff, while increasing our impact on climate change.

At the same time, the Administration has proposed a series of rule proposals that will add more pollution to our waterways throughout the state.

“There are more fish kills happening now south of Barnegat Bay showing the Christie Administration has clearly failed to clean-up our waterways. Thousands of fish are washing up along Great Bay because the DEP has rolled back environmental protections. Instead of protecting the Bay, the Governor has actually made things worse by not addressing stormwater as well as increasing over-development and non-point source pollution,” said Jeff Tittel, Director of the New Jersey Sierra Club. “While New Jersey has been impacted by climate change more than any other state in the nation, the Governor has clearly sacrificed New Jersey’s environment to his national political ambitions. There are so many warning signs that we are experiencing climate change, from loss of eel grass, increase of jellyfish, and now fish kills. While water temperatures have become warmer, we have seen algae blooms and low oxygen levels making it harder for fish to survive. DEP has looked the other way, but they cannot deny these fish kills are a result of their failed policies.”

Dissolved oxygen levels are dropping due to high levels of nutrients from stormwater, resulting in algae blooms. A study from Rutgers found New Jersey is the only state that has impairment due to dissolved oxygen along its entire coast from Cape May to Sandy Hook.  While the science is showing further decline off our coasts the Governor is actually promoting more overdevelopment and pollution that will impact our beaches and ocean.

“These fish kills that are like a canary in a coal mine. The Christie Administration have increased development in environmentally sensitive areas, while making it easier to develop next to streams and important waterways. Christie has weakened stormwater rules, which would require recharging and detention of stormwater as well as buffers. Most of the stormwater control systems we have are broken or do not work, contributing to flooding and pollution. Instead of adopting policies and programs to prevent overdevelopment and actually address stormwater, we will see more and more beaches close,” said Tittel.

Administration’s rollbacks on the Flood Hazard Rules include removing important protections for headwaters, increasing permit by rules, and letting a permit by certification process increase development in flood-prone areas. We end up waiving environmental standards and we may end up with a lot of problems later.  Instead of fixing CAFRA and protecting us better from sea level rise instead we are waiving standards which we could end up building projects that will end up causing more pollution, sprawl, and overdevelopment.

“While our bays are dying, Governor Christie is rolling back water quality protection rules. He has even weakened environmental regulations that have actually protected and cleaned up the Raritan Bay, the coast, and our beaches.   The DEP is overhauling and weakening Category 1 protections, stream buffer rules, flood hazard area rules and the stormwater management rules which will put more non-point storm pollution in our waterways. Instead of strengthening protection, the Governor made changes to the Coastal Areas Facilities Review Act (CAFRA) will actually increase land use cover. The Administration has also weakened the Flood Hazard and Water Quality Planning Rules, which will add 18,000 acres of additional sewer service areas,” said Jeff Tittel.

Climate change makes our waters warmer, increases the frequency and severity of storms, and makes the ocean off our coast becoming more tropical. Instead of protecting our sensitive ecosystems, Governor Closed the Office of Climate Change, ended DEP’s Coastal Program for Climate Mitigation and Adaptation, and failed to use updated flood maps based on sea level rise. He rolled back the revised Energy Master Plan (EMP) to cut energy efficiency and renewable energy (30% to 22.5%) goals for New Jersey.

“Instead of addressing climate change, Christie has done more damage to our environment than Hurricane Sandy. Christie has eliminated DEP coastal programs for climate change and mitigation, while opposing a Coastal Commission. He has prevented us from meeting future pollution reduction goals, closing the Office of Climate Change, stolen $1 billion from the Clean Energy Fund, and removed us from the Regional Greenhouse Gas Initiative,” said Tittel.

Our beaches continue to exceed national standards for bacteria from human and animal waste at higher levels.  New Jersey’s tourism is largely dependent upon our beaches and bays. With continued beach closures and health risks, no one will want to swim on the Jersey shore. Even the Raritan Bay, one of the biggest tourism draws in the state, is hurts by pollution and lack of water quality control.

“These fish kills are a huge an alarm bell going off on the DEP’s failed policies to protect our waterways from pollution. This is the result of failing to clean up our Bays and rolling back environmental protections. What we really need to help the Bay is actually enforce existing legislation to deal with land use, stormwater, impervious cover, as well as set limits on pollution. If we allow our Bays to continue to die, we not only lose environmentally, but we will lose billions per year in tourism,” said Jeff Tittel, Director of the New Jersey Sierra Club. “We need policies and actions that will protect our waterways. The Christie Administration needs to wake up and start dealing with over-development, stormwater, and climate change, now before it’s too late.”

Thousands morefish kills were found along the Jersey Shore, this time in Little Egg Harbor. On Saturday, there were between 15,000 and 20,000 small peanut bunker that washed up on several lagoons along Osborn Island in the Great Bay. Like the Keansburg fish kill a week prior, the fish were likely killed due to low dissolved oxygen levels in the Bay, which is the result of poor water quality. These fish kills are a direct result of the Christie Administration’s failure to clean-up our waterways, address over-development and stormwater runoff, while increasing our impact on climate change.