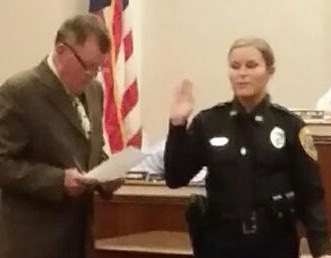 When asked if Pollander was replacing someone, Lt. Steve Burkhardt said, “In recent years, the department has lost many officers to retirement and not all have been replaced.  With the addition of Officer Cassy Pollander, we now have 27 officers serving with the department.  We are currently working on returning back to our full staffing of 31 officers.”