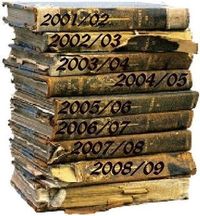 In their 2012 Budget Message, the Commissioners outlined the reasons for a tax increase.

Factors contributing to the increase include rising budgeted operating expenditures, which have increased by $50,000.

Other items (debt, deferred charges and the reserve for uncollected taxes) need to be increased by $81,000 to meet obligations, they said.

Further budget complications are attributed to non-property tax revenues that have dropped by $119,000, resulting in the need to raise an additional $250,548 in municipal property taxes.

This amount is more than $45,000 below the State mandated 2 percent tax levy cap, the Commissioners said.

The 2012 tax rate would be $1.869 per hundred dollars of assessed value or 13.7 cents higher than 2011. If there was not a drop in non-tax revenue, the tax increase would be less than half that amount and would average less than $30 per year over the past four years, they said.

The Commissioners are looking for ways to supplement these revenues to avoid future tax level increases.

They have eliminated part-time office staff and closed the Mt. Ephraim Library. They also left a police position vacant following the recent retirement of Chief Dobleman. Other anticipated retirements will also result in vacancies.

Work to convert the former Lambert Road Fire Station to the Charles Dougherty Senior Center will be completed by the Mt. Ephraim Public Works Department using grant funds, the said.

In other business, the Commissioners okayed a motion approve vouchers totaling $591,537.29, and other motions for various mercantile license applications. They also approved bingo/raffle licenses for Oaklyn Athletic Association and for the Mt. Ephraim Fire Department Off-Premises Draw Raffle.

The Commissioners approved the following resolutions:

Authorizing advertisement for RFQ (Request for Qualifications) for selection of professionals under the Fair and Open Process; okaying change orders for the Bell Road Firehouse Project, the Streetscape Project Phase II, and the Hartka Avenue Project; opposing Senate Bills 1451 and 1452, the OPMA and OPRA bills; calling for the restoration of Energy Taxes to Municipalities; appointing Paul Dougherty as Municipal Prosecutor; introduction of the 2012 Municipal Budget; and authorizing tax adjustments and transfers of credit balances to 2012.

Commissioner Andrew Gilmore read the Police Department Report for March. There were 471 total calls made, with 312 of those calls being assigned case numbers.

There were a total of 47 adults arrested for charges including scrapping, criminal trespass, forgeries, DWI, resisting arrest, assault and hindering arrest.

Commissioner Bruce Greenwald said the Public Works Department had no safety violations and that they responded to eight calls for sewer repair. There were 72,480 pounds of single stream recycling collected. The Department is preparing the town’s fields for the upcoming softball and baseball seasons.

Greenwald said residents can call the Public Works Department at 931-2529 to request a recycling container if they need one.

The Borough’s engineers, Federici & Akin, will be in contact with the Commissioners concerning the Route 295 Direction Connection on Bell Road once they receive a utility ag-reement for review.

The Commissioners extended their sympathies and condolences to the family of Rose Borda, who passed away last month at the age of 88. Mrs. Borda lived in Mt. Ephraim for many years.

Also, the Commissioners would like to remind everyone of Mount Ephraim’s upcoming Craft Fair and Car Show Saturday, April 28, from 9 a.m. to 3 p.m. on Kings Highway.

The Commissioners will meet Tuesday, April 24, at 3 p.m. for a budget workshop. The next public hearing, and regular meeting, will be Thursday, May 3, at 8 p.m. Both will take place at the Borough Hall.

In their 2012 Budget Message, the Commissioners outlined the reasons for a tax increase.