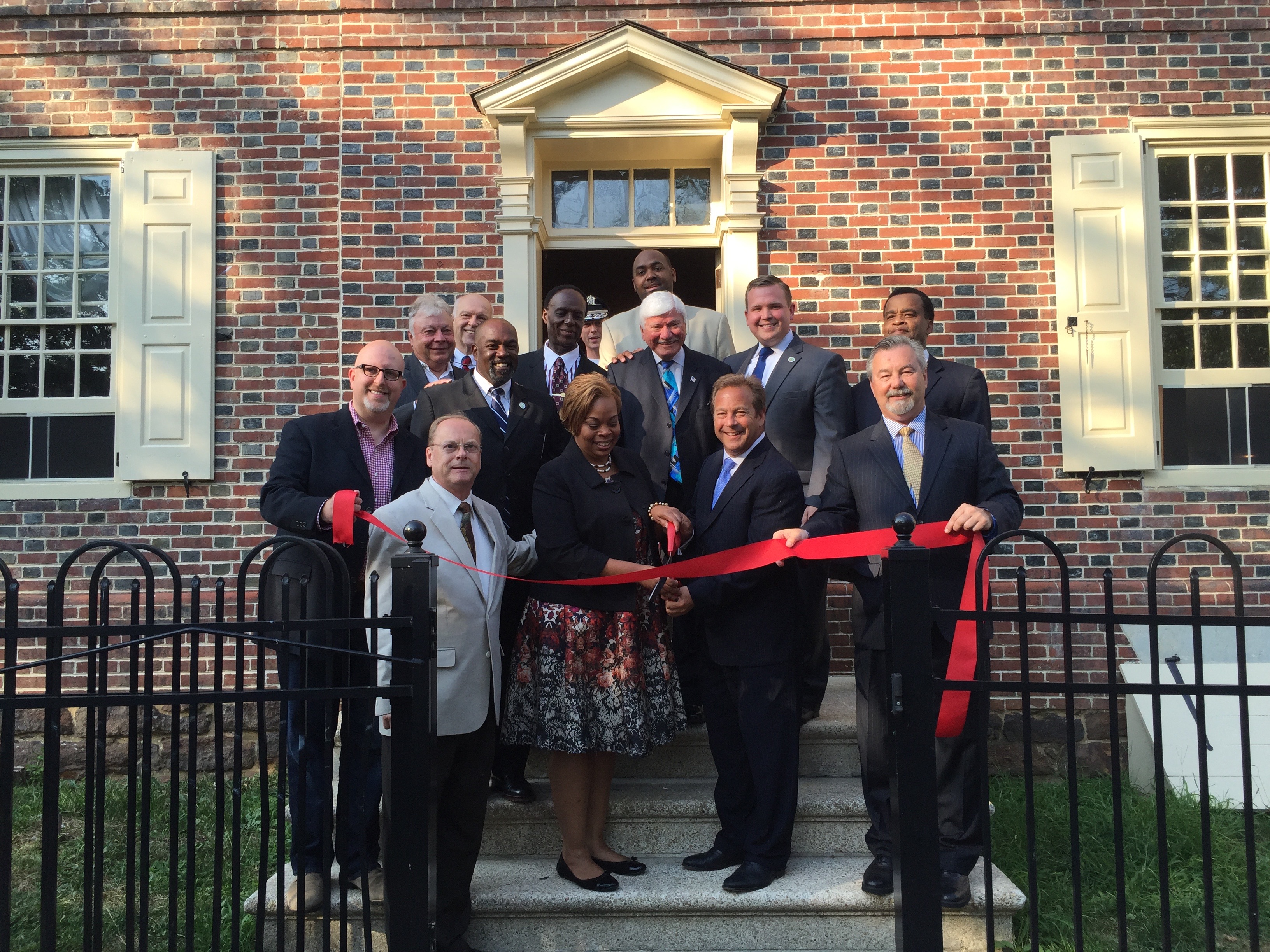 The event marked the official Reopening of the Camden County Historical Society’s Historic Pomona Hall.  Two and a half years ago a terrible winter caused frozen pipes to burst in the Camden County Museum and Pomona Hall.  Thanks to generous grants from the City of Camden and the Camden County Freeholders, the renovated museum reopened in May and Pomona Hall officially reopened Thursday evening.  The over $200,000 in renovations consisted of a new red cedar roof, repair of the wooden soffits, fascia, and molding, and remedying the damage from the broken pipes. This work was designed by Westfield Architects and Preservation Consultants and constructed by Masonry Preservation Group.

The north side of Historic Pomona Hall was built in 1726 by Joseph Cooper, the grandson of Camden’s first European settler, William Cooper.  Joseph Cooper’s grandson, Marmaduke Cooper, expanded the south side of this Georgian style mansion in 1788.  The Hall is furnished in an 18th century domestic lifestyle for a prominent Quaker family.  Many Camden residents have fond memories of coming to Pomona Hall as children to learn about Camden County’s proud heritage.  With the re-opening and a re-energized Historical Society, the Society can now ensure that these important buildings will be available for future generations to come.

With the City of Camden’s history featured so extensively in the new museum including the 100 year old Nipper window and the Camden history mural, the Society has recently dedicated a room on the second floor of Pomona Hall for county-wide history. The first exhibit, which will be unveiled in October, will feature the history of the Cooper River which accounts for early development of the eastern portion of the County.

The Camden County Historical Society's regular hours of opening are Wednesday-Friday 10am to 4:30pm and Sunday 12-3pm, when tours of the museum and research in the library are available for visitors. For tours of Pomona Hall, advance notice is needed; please call 856-964-3333 during open hours or email admin@cchsnj.org. From August 10th-28th, the site will be closed to the public for in-service staff projects except by special appointment. For further information and up-to-date notice of closings, please visit the Camden County Historical Society's facebook page or www.cchsnj.org.