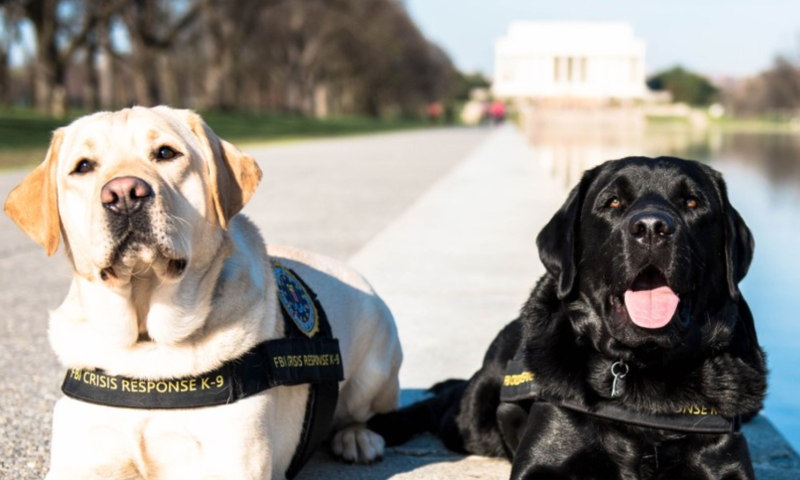 After the mass terrorist shooting in San Bernardino, California, the FBI’s Victim Assistance Rapid Deployment Team was among the first to respond.

The multidisciplinary group consisted of victim specialists, analysts, and special agents all trained in responding to mass casualty events.

While in San Bernardino, they connected grieving victims and their families to a variety of support services during the course of the investigation. But when it came to providing relief and comfort, the team relied on two English Labrador Retrievers for help.

Wally and Giovanni are the FBI’s new crisis response canines. They are part of a pilot program recently launched by the Bureau’s Office for Victim Assistance (OVA).

According to OVA Assistant Director Kathryn Turman, the dogs are an additional way her team can help victims and family members cope with the impact of crime.

“The Crisis Response Canine Program was a natural evolution in developing the Rapid Deployment Team’s capacity,” said Turman. “With San Bernardino and other places we’ve taken them, the dogs have worked a certain type of magic with people under a great deal of stress. That’s been the greatest value."

Turman said the idea for the canine program stemmed from a conference she attended years ago in Canada, where she witnessed police victim service dogs in action. Turman quickly brought the concept to life at the FBI when she returned home.

With help from the non-profit organization Assistance Dogs of the West (ADW), the FBI was matched with Wally and Gio in October 2015. Turman said ADW identified with the Bureau’s victim assistance program, having trained dogs with a temperament for hospital and criminal settings. Their presence in courtrooms, for example, has helped ease stress in children giving testimony and aided prosecutors in achieving convictions.

“It’s amazing how quickly Wally and Gio relax and disarm people,” said Staci Beers, coordinator for the FBI Victim Assistance Rapid Deployment Team. “When we respond to a mass casualty event where emotions are high, their calming nature enable victims to engage with us and learn about the services we offer.”

Beers and rapid deployment teammate Melody Tiddle both added dog handler to their list of victim assistance responsibilities when they traveled to San Bernadino in December 2015, after the shooting that claimed the lives of 14 people and left 22 seriously injured. The dogs joined Beers and Tiddle for hospital and family assistance center visits.

Wally and Gio were even requested by FBI staff and first responders at the incident command post.

“People at the command post were working long hours and were under a lot of pressure,” said FBI Associate Deputy Director David Bowdich, who at the time was the assistant director in charge of the FBI’s Los Angeles Field Office. “As the dogs roamed the area, I saw agents and task force members take time out to pet them. It was a good distraction.”

“We are always looking for ways to make the unthinkable a little easier for people who experience it,” said Turman. “The dogs have been a positive experience for us and one that I think has a very large benefit for the FBI.” 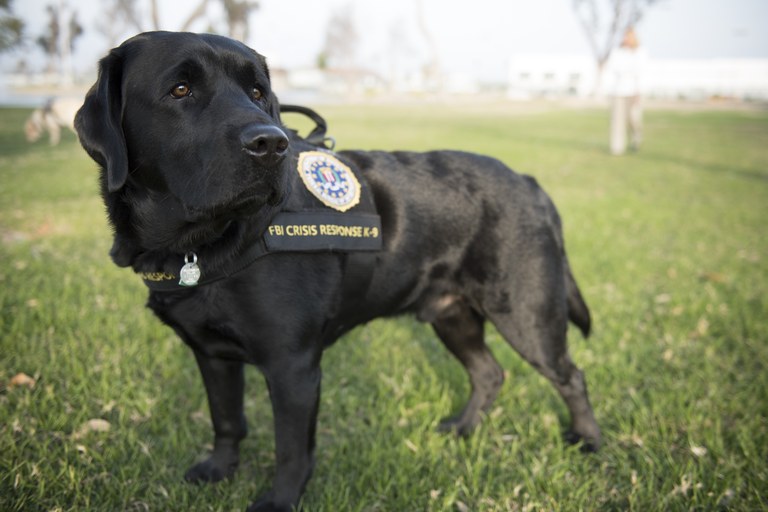 Gio is one of two of the FBI's newest crisis response canines. The English Labrador Retriever joins the Victim Assistance Rapid Deployment Team in providing support to those affected by mass casualty events. 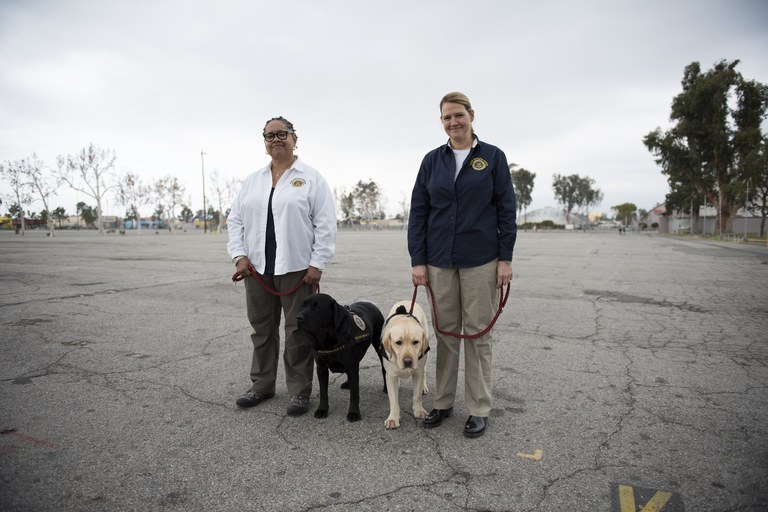 Melody Tiddle (left) and Staci Beers (right) serve as handlers for the FBI's newest crisis response canines, Gio and Wally. The dogs are part of a pilot program recently launched by the FBI's Office for Victim Assistance.

After the mass terrorist shooting in San Bernardino, California, the FBI’s Victim Assistance Rapid Deployment Team was among the first to respond.