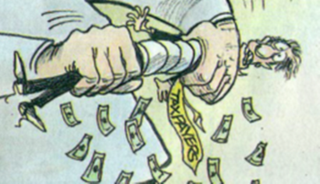 GLOUCESTER CITY N.J. On May 5, Gloucester City School District Business Administrator/Board Secretary, Peg McDonnell, presented the district’s 2016-17 budget in the amount of $47,627,539 and the Gloucester City Board of Education (BOE) voted to approve and adopt it.

As for any cuts, McDonnell said: “The budget projects no staffing cuts other than some retirement vacancies not being filled in order to offset the rising salary costs. All existing programs have been preserved in this budget. This budget includes a number of facilities renovations projects, which are supported by the use of capital reserve funds.”

The budget called for a tax levy cap adjustment in the amount of $395,820 for health care cost adjustment.

Additionally, the banked cap will be used to fund increased health benefit and salary costs:

Speaking of rising costs, McDonnell said: “As usual, the district faces rising costs primarily related to contractual salary increases, health benefit increases, the state employee health benefits plan, and special education tuition increases. In addition, the district is also anticipating the opening of the new middle school, which will require starting up and ongoing costs to maintain. The district relies heavily on State Aid to support its budget. About 85% of our operating budget comes from State Aid. Yet over the past 10-15 years, State Aid has remained essentially flat.”

As for salaries, McDonnell said: “The salaries are budgeted at negotiated rates with GCEA in the 2017 budget and at estimated rates for the teachers and custodians whose contracts have not been settled for next year.”

The general current expenses are about $14,216,315 and this includes many of the central costs such as Special Education and other tuition, transportation, operations and facilities maintenance, child study team costs, and central administration.

For the facilities budget, the facilities director requested about $1 million to support major facility projects in the 2017 budget. This is about the same amount as in current year. Over the past several years, the district has established and deposited funds in the capital reserve, which has been tapped for certain long-range facility projects. Those are non-emergent projects, which are not funded by the SDA.

The district projects included in the 2017 budget include costs associated with the new middle school that will not be covered by the SDA as well as HVAC upgrades, ground, and building repairs and renovations. The new middle school project now in construction phase is opening is anticipated in Spring, 2017.

In the general fund appropriations: salaries are down about 3%, but benefits up about 6%.

The district benefits from well over $5 million in additional aid to the district through the special revenue fund. This includes $3.7 million in State funding for our pre-school education program, over $300,000 in State aid to non-public students, which is Gloucester Catholic.

The budget for Federal Aid includes No Child Left Behind, which is Title I and Title II is about $765,000. IDEA funding for Special Education students is budgeted at about $537,000.

The budget was compiled with spending that totals $47.5 million. This spending is supported by the number of funding sources, including State Aid, Federal Aid, local taxpayers, Brooklawn tuition, and fund balance.

Tuition from the local Brooklawn school district is up $28,000 due to a slight increase in projected enrollment from Brooklawn Schools.

During the budget meeting, colleagues of the school nurse, Linda Stewart, along with several members of the public spoke on Stewart’s behalf to ask for consideration that her job not be cut.

One teacher asked for clarification by reiterating that the 2016-17 budget did not call for staffing cuts and asked: “Is it correct that there was no reduction in force (RIF) except through attrition for 2016-17?”

School superintendent Joseph Rafferty, responded: “There are issues with positions that were retained out of the RIF from last year that should have been done, but were not done. The current budget is not where the RIF came from.”

An email was sent to Margaret McDonnell on May 11 asking if a vote had been taken to either retain or eliminate Stewart’s position.

McDonnell responded: “Linda Stewart is included is included in the 2017 Personnel Listing on the May 10, 2016, agenda which was approved at last night’s BOE meeting.”

GLOUCESTER CITY N.J. On May 5, Gloucester City School District Business Administrator/Board Secretary, Peg McDonnell, presented the district’s 2016-17 budget in the amount of $47,627,539 and the Gloucester City Board of Education (BOE) voted to approve and adopt it.