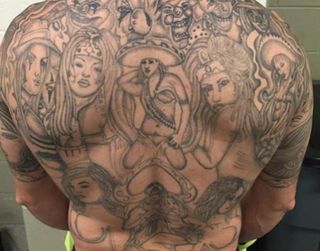 Sergio Amador-Olive, 37, from Mexico, was arrested April 28 at his Salt Lake City residence.  Amador-Olive had a warrant for his arrest for failing to register as a sex offender.  As an illegal alien with multiple state and federal convictions, he is also an ICE priority for immigration enforcement.

“By removing criminal aliens like Amador-Olive from the streets and ultimately from the country, ICE has a profound and positive impact on overall public safety,” said Daniel Bible, field office director of ERO Salt Lake City.  “This specific case also shows that there are significant consequences to criminal aliens who illegally re-enter the United States after they are deported.”

Amador-Olive was convicted in March 2003 in Utah’s Third District Court on two counts of unlawful sexual activity with a minor and was sentenced to five years in the Utah State Prison.  According to court documents, in March 2001, he had sex repeatedly with a 15-year-old girl, and she became pregnant with his child, based on DNA evidence.

After he illegally re-entered the United States, Amador-Olive was convicted in June 2005 in Utah’s Third District Court of attempted rape, which is a first-degree felony; he was sentenced to one to 15 years in the Utah State Prison. Anyone who illegally re-enters the United States after having been previously deported commits a felony punishable by up to 20 years in federal prison, if convicted.

According to court documents, on Jan. 26, 2005, Amador-Olive was driving with a co-worker when he diverted to a secluded location.  When she declined his offer to pay for sex, he told her he was going to have sex with her “for free.”  She fought with him to exit the vehicle, but he kept locking the door.  She was eventually able to break free during the struggle and exit the vehicle.

ICE officers encountered and arrested Amador-Olive again in June 2010.  He was convicted in federal court Aug. 31, 2010, of re-entering the United States after being deported and sentenced to time served.  ICE officers again removed him to Mexico in September 2010.

Amador-Olive again illegally re-entered the United States, and was arrested by agents with U.S. Customs and Border Protection’s (CBP) Border Patrol in Arizona on Nov. 20, 2010.  On April 21, 2011, he was convicted of re-entering the United States after having been deported and sentenced to 51 months in federal prison.  After he completed his prison sentence, ICE officers removed him to Mexico Aug. 29, 2014.

Based on his most recent arrest, Amador-Olive will be presented to the U.S. Attorney’s Office, District of Utah, for federal prosecution for failing to register as a sex offender, and for re-entering the United States after having been deported.   (source ICE press release) 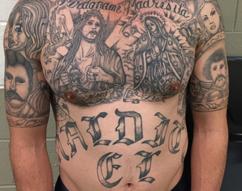 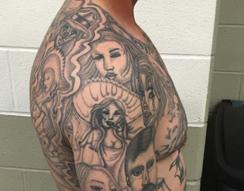