YOUR MONEY: New Contract For Mt. Ephraim School Supt. Being Discussed by School Board 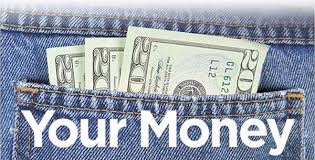 Board member Carl Ingram stated that Ms. Koller chose not to go into Executive Session to discuss the terms of her contract so the discussion was held in public.

Of the contract Ingram stated: “The negotiations committee met with Ms. Koller and we have a tentative agreement. It will be a four year agreement. The terms for the contract are: year one: 0%, year two: 1.5%; year three: 1.75%, and year four: 2%.”

He also stated: “I think this is a win-win for the district. Right now when times are extremely difficult, it shows a little initiative in leadership.”

Financial Manager William Gerson stated that the contract has not been received back from the county.

Ingram provided several details of the contract. He stated that the district will not be paying for three professional organizations for the superintendent and that a cell phone allowance was also taken out of her contract. The superintendent also took a buyout on her medical benefits because she is not enrolling in the district’s health insurance plan.

Several of the board members requested that they be provided with all of the terms of the contract.

Board member, Louis Greenwood, Sr., asked why the superintendent is not taking a cell phone allowance because she uses her cell phone to respond to phone calls.

Ms. Koller responded: “There was a cell phone in the contract when I was initially hired. I chose not to use that. I chose to use my own cell phone. I have been doing it for three years. A lot of superintendents are using their own phones. The board has no liability with me using my own phone.”

Board Solicitor, Michael Pattanite, Jr., stated: “It is her phone, her proprietary information.”

Board member Nick Salamone questioned the four year term of the contract and stated: “NJSBA (New Jersey School Boards Association) recommends four years. I wouldn’t recommend anything more than three years. Is there any reason why?”

Ingram responded: “We got a year for free and the others at a reduced cost. We are not going to see a 2% increase until the fourth year. The district is in financial straits.”

Salamone stated that the four year contract term was the “first I am hearing about it” and said he expressed concern to Financial Manager Bill Gerson. “I don’t think it’s appropriate that it went to the county superintendent already for approval like it’s a done deal,” Salamone said.

Ingram stated: “It is not a done deal. The contract still has to be voted on. Unless I am wrong, it (the contract) automatically reinstates at a certain period.”

Salamone stated: “There were negotiations. Either way, it has to go to the county superintendent and if there is a problem, it has to go back again. Looking at it the other way, why send it if the Board doesn’t agree? It’s a done deal. This is why we are accused of discord. Whether I agree or not agree, I am opposed to four years and I don’t care if it’s 0. The State doesn’t recommend more than three years, but it is what it is. How can I vote when you don’t have information for us?”

Board member, Rocco Vespe, asked the Board if anyone else had an issue with the four year term. No one else responded, but Salamone stated: “Because NJ School Boards recommends three years. I just don’t feel comfortable. I just think three years is enough.”

There was debate among several of the Board Members. Board President, Pat Blaylock, interjected to ask the solicitor for clarification.

Pattanite said: “There was nothing done that was improper that I could see whatsoever. Number two, we could not discuss this at the last meeting because she didn’t receive a RICE notice, from my understanding. Three, the county superintendent still has to approve the contract and then we ratify it. We can’t officially put our Board name on the document now because the county superintendent hasn’t ratified it yet. This is a discussion about what we would possibly would approve.”

Ingram stated: “If we would’ve gone into executive (session), it would’ve been discussed in there. Leslie didn’t want to go in.”

Blaylock added: “On the addendum (for the agenda) it says ‘Discussion for the terms. It doesn’t say we are voting. It says conditions of the new contract. This is ‘the discussion.’”

Salamone also asked if Ms. Koller had received a Rice notice. (State law requires that public employees receive a Rice notice prior to any discussion of their job.)

Pattanite responded: “She was Riced April 4 and Committee as a whole April 11.”

Following the meeting, Ms. Koller was contacted by telephone on April 12 for clarification about her contract. South Jersey Observer reported on February 11that her contract had been renewed and sent to the Executive Superintendent for approval.

Ms. Koller explained that when the budget deficit was discovered, she went back to the negotiations committee and renegotiated a four year agreement with the first year of the new contract being 0%.

She provided further details of that first contract. She stated that it was a three year contract with the following terms: year one: 1.5%, year two: 1.75%, and year three: 2%, but she stated that because of the budget deficit, she went back to the negotiations committee and told them if she was given a four year contract, she would take 0% for year one.

*Additional terms and details of Ms. Koller’s contract will be available after it has been approved by the county superintendent.

During the meeting, the BOE voted to approve all items on its agenda.

The interlocal services agreement with EIRC for Business Administrator/Finance Manager, William Gerson in the amount of $104,496.

A donation of 2,880 pencils received from EIRC, which were donated to EIRC by Office Depot.

In other matters, Audubon BOE Representative Joan Greenwood noted in her report that Audubon’s tentative budget in the amount of $11,153,792 was passed. It was approved using the banked cap and a healthcare cap. Once their budget is approved, there will be a presentation on May 4 at 7:00 p.m. The report also noted that the Audubon BOE approved using other tests (SAT, ACT, ASVAB, and PARCC) to meet high school graduation requirements.

One parent addressed the BOE to make a suggestion that Executive Session should be after the public session and that people should not be made to sit and wait. The parent also asked about the delayed openings and stated that delayed openings present problems for parents having to go into work late or miss time from work.

During the meeting, retired Mt. Ephraim Police Chief, Brian Beppel, and several teachers were honored by the Board of Education. Head over to the South Jersey Observer Facebook page to check out the video and pictures.

Several teachers addressed the BOE and expressed concern over any potential cuts and how those cuts would impact staffing, programming, the district, the community, and the children.

The BOE did not vote on any budget cuts during the meeting.

Following the meeting, Ms. Koller provided the following updated comment about the budget deficit: “The board hired me with the primary goal of improving and maintaining the educational program for our students. That has to always be my first priority in all decision making. My second priority is to always to try and take care of our teachers and our teaching association to maintain as many jobs as possible in such a situation as we are facing right now. My first priority has to be the students.”

YOUR MONEY: New Contract For Mt. Ephraim School Supt. Being Discussed by School Board

Board member Carl Ingram stated that Ms. Koller chose not to go into Executive Session to discuss the terms of her contract so the discussion was held in public.

Of the contract Ingram stated: “The negotiations committee met with Ms. Koller and we have a tentative agreement. It will be a four year agreement. The terms for the contract are: year one: 0%, year two: 1.5%; year three: 1.75%, and year four: 2%.”