CNB CHEERS AND JEERS FOR JANUARY 2016

CHEER -The Alice Costello School in Brooklawn has been named the winner of the 2015-2016 Camden County School of Character Award.  The award is presented to a school that has demonstrated excellence in character education and includes elements of whole child education, service learning, social-emotional learning, and civic education. 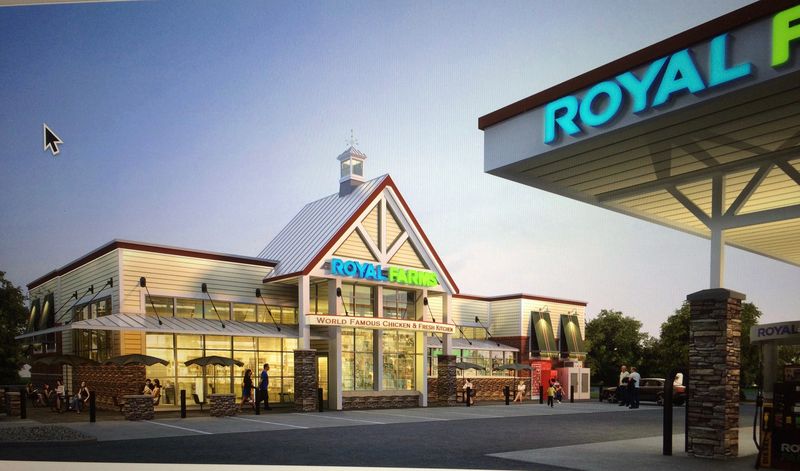 CHEER—A multi-million dollar construction project (photo above) will be starting this year at the Quality Inn property on U.S. Route 130 south at Market Street, Gloucester City. Amit Patel, the owner of the property has leased half of the site to Royal Farms, a convenience store chain that was established in 1959. To make room for the new store, half of the rooms at the motel will be 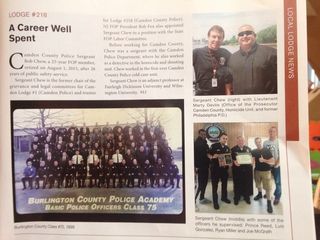 demolished. The remaining 64 rooms will be located behind the new convenience store.

CHEER--Retired Detective Sgt. Bob Chew, of the Camden County Police Department, was featured in two publications recently. One written by Valerie Velazquez titled 'The Prince of the City' appeared in NJBlueNow and the other, 'A Career Well Spent'  was published in the January/February 2016 Fraternal Order of Police Magazine. Chew, a former resident of Gloucester City, attended Gloucester Catholic High School graduating in 1986. He and his wife Lisa have three children 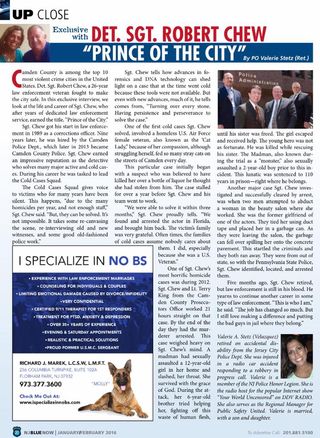 and live in Gibbstown.

CHEER—Gloucester City has a new police chief. Lt. Brian Morrell took control of the department on January 22. The 37-year-old Morrell began his career with the Department in January 2000. He was promoted to sergeant in January 2005 and to lieutenant in November 2009. He has a Bachelor’s Degree in political science from Rutgers.  Best of luck to Deputy Police Chief Ken Eller who retired in January. He began his law enforcement career in 1990.

CHEER—Stephen DiRenzo, a senior at Haddon Heights High School has been selected as an apprentice for 2016 Office of Naval Research (ONR) Science and Engineering Apprenticeship Program (SEAP). The Science and Engineering Apprenticeship Program (SEAP) provides an opportunity for students to participate in research at the Department of Navy (DoN) laboratory during the summer.

CHEER—Monsignor William Hodge, (photo) pastor of St. Mary Church is organizing the first St. Patrick’s Day Parade in Gloucester City’s history. The event will be held on March  6 starting at 1 pm. As of the 2000 Census, 34.2% of Gloucester City residents were of Irish ancestry, the ninth-highest percentage in any municipality in the United States, and third-highest in New Jersey. 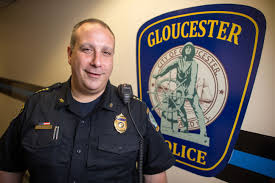 CHEER—Gloucester, Massachusetts Police Chief Leonard Campanello has a unique way of treating drug addicts in his city. “Any addict who walks into the police station with the remainder of their drug equipment (needles, etc.) or drugs and asks for help will NOT be charged,” he wrote on the department’s Facebook page. “Instead, we will walk them through the system toward detox and recovery” and send them for treatment “on the spot.”  Great idea Chief!

CHEER—The Gloucester City School District has a new website that is easier to read and use. You’ll find numerous links full with information about the district such as the district's 2016 Friendly Budget. Check it out http://www.gcsd.k12.nj.us 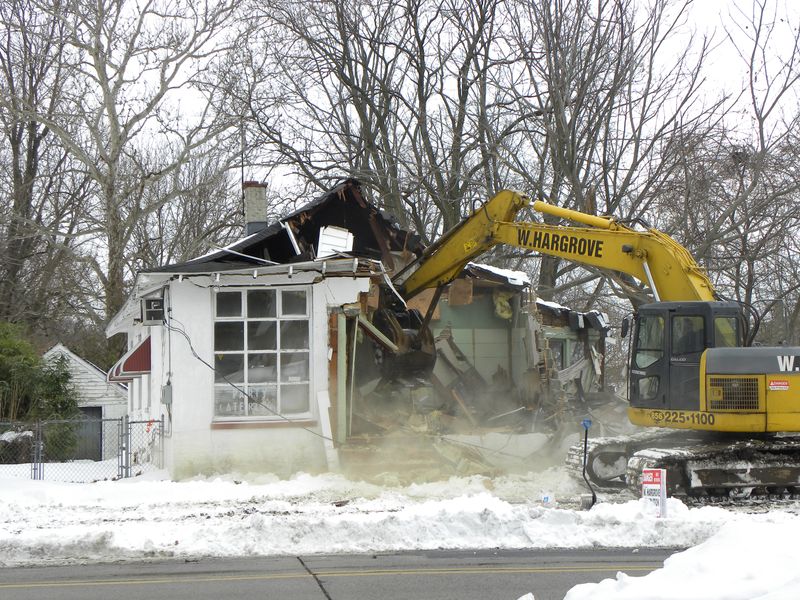 CHEER—At long last the dilapidated building (photo above) at 1610 Market Street, Gloucester City has finally been demolished. The property has been in disrepair for over a decade if not longer. At one time is was known as Adams Market/Deli. In 2008, the property was purchased by the Knights of Columbus Epiphany Council#3485. They filed for a D and Use Variance that year but was denied by the City Planning Board. As a result, the structure set there for the next eight years in disrepair. In the fall of this year, the property was purchased from the Knights by Bill Hargrove. On January 26 the new owner tore the old building down. JEER- The City of Gloucester City offers a special water rate for senior citizens age 65 and over. That is a good thing. However, the city, for whatever reason keeps the offer a secret. Instead of posting the application on their website you have to come into the municipal building to get one. Why they don’t mail the application each year with the city tax bill is anyone’s guess. See more

JEER—Where were the snow plows? A recent snow storm dumped 20 plus inches on  South Jersey. Yet in some towns, the plows only made a path in the middle of the street leaving the snow near the curbs. People couldn’t park their vehicles, especially on Broadway. At the corners, there were mounds of the snow forcing pedestrians out into the street. The culverts were covered with snow for days. When the weather got warmer there was no place for the water to drain.

JEER—A New Jersey woman who was fined and faces possible jail time for taking in two newborn squirrels last year is heading to court to fight the state's charges. The Howell resident Maria Vaccarella declined a plea deal last week, according to the Asbury Park Press, which would have reduced her fine in exchange for pleading guilty to unauthorized possession of wildlife. With so many other problems in this world, this is definitely a waste of the court’s time and money. Sending her to jail is just ludicrous. Only in New Jersey!

highest percentages of distressed properties, according to a report released in January. The Garden State's foreclosure rate more than doubled the national average in 2015 with a 1.91 percent of housing units filing for foreclosure, a new report from RealtyTrac found. Florida and Maryland were next on the list, having 1.77 percent and 1.60 percent of a home in foreclosure, respectively. National, foreclosure activity dropped to a nine-year low, finishing at .82 percent -- the second consecutive year with a rate below 1 percent, according to the report.

JEER—UNBELIEVABLE! The State of N.J. and the Camden County Prosecutor Office are poised to pay $180,000 to settle a police wrongful death claim, according to N.J. Civil Settlements. The agreement was reached at a hearing before United States District Court Judge Jerome B. Simandle on November 18, 2015. Jorge E. Rivera died in 2009 while suffocating on a plastic bag. The Courier Post reported that the bag contained heroin.

CNB CHEERS AND JEERS FOR JANUARY 2016

CHEER -The Alice Costello School in Brooklawn has been named the winner of the 2015-2016 Camden County School of Character Award.  The award is presented to a school that has demonstrated excellence in character education and includes elements of whole child education, service learning, social-emotional learning, and civic education.