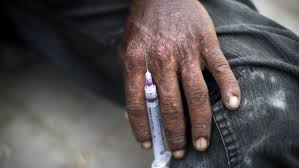 On January 27th, 2016, two court authorized search warrants were executed, one at McCarraher’s residence, located at 307 East Topeka Avenue and the other on his vehicle. As a result, distribution amounts of heroin / fentanyl were seized along with suspected cash proceeds from the sales.

Prosecutor Taylor commends all the agencies involved in the investigation and would like to highlight that because Cape May County has its own accredited forensic laboratory, we were able to quickly learn of this deadly mixture and take this very lethal addictive drug off the street.

The suspect is presumed innocent until proven otherwise