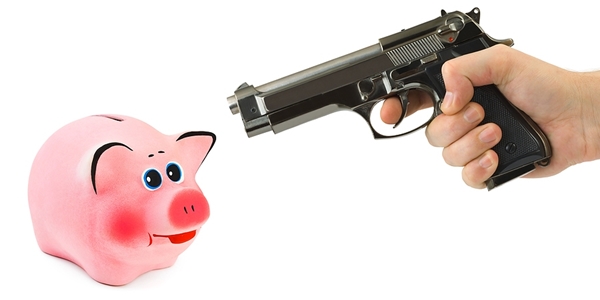 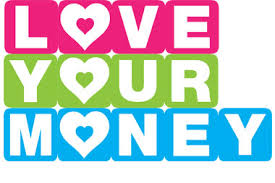 For the past quarter century, Armando Fontoura has been looting a New Jersey state pension fund. But it won’t do any good to call the cops.

Today is the 25th anniversary of Fontoura’s faux retirement. So far, he has collected $1.35 million in retirement cash without ever giving up his full-time county paycheck.

On Friday, Aug. 31, 1990, Fontoura retired as county undersheriff at age 47. The following Monday, he returned to work at Essex County with the same salary and duties, but a different title – sheriff’s officer chief. One year later, he took charge as sheriff, a post he’s held ever since.

“Does it look bad? Yes,” admitted Fontoura. “No question about it, it looks bad. Was it legal? Yes.”

Worse for taxpayers, three-fourths of New Jersey’s county sheriffs – plus hundreds of other public officials – are taking advantage of pension loopholes to collect dual incomes.

A continuing New Jersey Watchdog investigation found the sheriffs in 16 of the state’s 21 counties are double-dippers. In addition, the sheriffs also employ 37 undersheriffs who returned to work after retiring as local, county or state law enforcement officials at relatively young ages.

In total, the 53 officers collect nearly $10 million a year from public coffers – $5.7 million in salaries plus $4.1 million in retirement pay – according to payroll and pension records.

By order of annual incomes, the double-dipping posse includes:

New Jersey Watchdog began tracking double-dipping by sheriffs in 2011. The initial report found 16 sheriffs and 28 undersheriffs collecting a total of $8 million a year – $3.25 million from pensions plus $4.75 million in salaries.

Four years later, the tally has increased by nine undersheriffs and $1.8 million a year in total pay.

The investigative news site has also reported extensively on double-dipping by state legislators, administration officials, school superintendents, state police and the staffs of the attorney general and county prosecutors.

The millions being drained from retirement funds through double-dipping epitomize the woes of a pension system that faces $170 billion in underfunding – a point noted earlier this year by Gov. Christie’s blue-ribbon, bi-partisan Pension and Health Benefit Study Commission.

“It has great symbolic importance…as the double-dippers have become the ‘face’ of a dysfunctional public pension system,” the study concluded, citing New Jersey Watchdog’s reporting. “For this reason, the task force should consider ways to further limit this practice.”

Yet Gov. Chris Christie and the State Legislature have done little to halt the abuses that have profited well-connected Democrats and Republicans over the years.

One of the bigger beneficiaries is Sen. Fred Madden, D-Washington, a triple-dipper who receives nearly a quarter-million dollars a year – $85,272 from his state police pension, $113,810 as dean of law and justice of Rowan College at Gloucester County and $49,000 as a part-time state legislator.

A bill co-sponsored by Sen. Jennifer Beck, R-Red Bank, would stop most double-dipping. It would suspend pension payments to retirees who return to public jobs paying more than $15,000 a year. The retirement benefits would resume when they permanently leave public employment.

“The pension system is intended to support you at a time you are no longer working,” said Beck. “So when you are an active employee, you should not be able to tap into both.”

The reform proposal has gone nowhere since it was first introduced in 2011 by Beck and Sen. Steven Oroho, R-Sparta. Its current incarnations – S-883 and A-114 – are trapped in legislative committees, unable to get enough support to reach the Senate or Assembly floors for votes.

Meanwhile, Fontoura is a heavy favorite to win re-election as sheriff in a Democratic stronghold that includes Newark. A victory would enable him to continue his double-dipping ways in Essex County for at least three more years.

“I retired, I collect my pension, and I am your sheriff,” Fontoura told NBC 4 New York, which partnered with New Jersey Watchdog for a report in 2012.

County personnel records show the retiring and rehiring of Fontoura had been plotted in advance. Then-sheriff Thomas D’Alessio approved the move on Aug. 7, 1990, more than three weeks before the switch.

“I said, as long as I can do this legally without breaking any law – and I can collect my pension and augment it with a salary — that’s fine, I will do this,” Fontoura recalled.

The sheriff’s office did not respond to a new request from New Jersey Watchdog for additional comment.

For the past quarter century, Armando Fontoura has been looting a New Jersey state pension fund. But it won’t do any good to call the cops.

Today is the 25th anniversary of Fontoura’s faux retirement. So far, he has collected $1.35 million in retirement cash without ever giving up his full-time county paycheck.