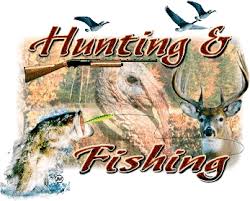 DOVER (June 30, 2015) – Delaware’s month-long  spring wild turkey season which ended May 9 yielded 633 birds – the second-highest harvest since turkey hunting resumed here, and surpassed only by last year’s state record of 687 birds, DNREC’s Division of Fish & Wildlife announced today. Delaware allows only the taking of gobblers – male turkeys – during the state’s spring season, which also is the only time of year turkeys may be hunted here.

“The recovery of the wild turkey in Delaware is a remarkable conservation success, made possible by the stewardship of hunters and including state chapters of the National Wild Turkey Federation,” said Division of Fish & Wildlife Director David Saveikis. “Such stewardship entails hunting license fees and federal funds from the purchase of hunting equipment to restore and sustain the state’s wild turkey population, which helped establish the sport of turkey hunting in Delaware. Stewardship by hunters and other conservationists has expanded with their participation in the Division of Fish & Wildlife’s annual volunteer wild turkey survey that helps DNREC determine wild turkey reproductive success.”

“The turkey harvest really started climbing in 2005, and we have experienced a five-fold increase in harvest over the last decade,” said Matthew DiBona, Division of Fish & Wildlife biologist and program manager, corroborating the recent tallies. “The growing popularity of turkey hunting combined with a robust turkey population and abundant habitat has provided a fantastic sporting opportunity for hunters in spring.”

Highlights of the 2015 season included the harvest of 21 “non-typical” turkeys, all gobblers that have more than one beard. The most unusual bird, taken by Jack Leslie of Hartly, was a turkey with four beards and a total combined beard length of 28 inches. This gobbler was also the overall top scoring bird in Delaware using the National Wild Turkey Federation’s formula, which takes into account weight, total spur length and total beard length. The bird scored 109.6 points, weighing 23.5 pounds, with a total spur length of 3 inches.

The top typical scoring bird was taken by Dale Kerlin of Bridgeville. His turkey weighed 24 pounds, 1 ounce, had a total spur length of 3.75 inches and a beard length of 10¾ inches for a score of 83.1 points. The biggest tom reported this year tipped the scales at 26 pounds, 8 ounces, and was taken by Kevin Popo of Wilmington.

Birds were harvested in 17 of 18 wildlife management zones. Three zones stood out as turkey “hot spots” – zones 4 and 6 in western Kent County and zone 11 between Seaford and Georgetown in Sussex County –  accounting for 40 percent of the total statewide harvest. Zone 1A, which is in New Castle County north of I-95/295, was the only zone where no birds were taken.

This year, nine out of 10 birds taken in Delaware came from private land – 89 percent of the 687 turkeys harvested. Hunters also were successful on public lands, with 68 birds bagged. Quality public hunting opportunities were available statewide as birds were taken from all three state forests and 15 out of 20 state wildlife areas open for turkey hunting. Redden State Forest in Sussex County and Norman G. Wilder and Little Creek wildlife areas in Kent County were the top three producing public sites.

For hunters planning ahead, the 2016 regular wild turkey season will start Saturday, April 9 and run through Saturday, May 7, with the special youth and disabled hunter day set for Saturday, April 2. Also, before hunting wild turkeys in Delaware, hunters are required to take a turkey hunter education class. For more information, go to Delaware Hunter Education Courses.

Beginning in early 1984, with support from the National Wild Turkey Federation, DNREC Division of Fish and Wildlife biologists released 34 wild-trapped turkeys from Pennsylvania, New Jersey and Vermont into Sussex and Kent counties. Reintroductions continued through the 1990s, and once the population had established a foothold in Delaware, a hunting season was opened in 1991. Today, Delaware has a healthy statewide population estimated at 6,000 birds.

DOVER (June 30, 2015) – Delaware’s month-long  spring wild turkey season which ended May 9 yielded 633 birds – the second-highest harvest since turkey hunting resumed here, and surpassed only by last year’s state record of 687 birds, DNREC’s Division of Fish & Wildlife announced today. Delaware allows only the taking of gobblers – male turkeys – during the state’s spring season, which also is the only time of year turkeys may be hunted here.