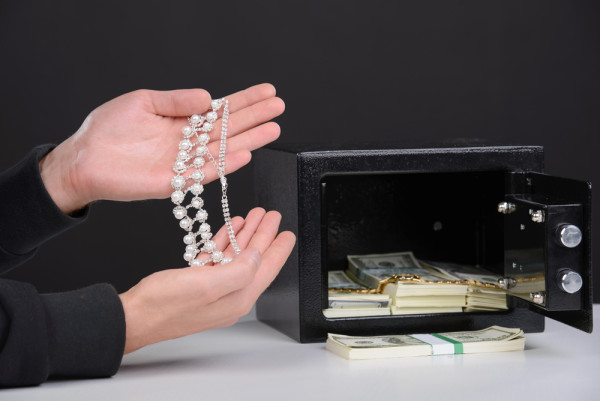 LEGALIZED THEFT: The police can take your property if they think it is involved with a crime, even if you aren’t a criminal.

It seems that groups from across the political spectrum, from progressives to libertarians, have finally managed to agree on something: Cops should not be given an incentive to steal from innocent people.

Fix Forfeiture, a new anti-forfeiture coalition that launched Tuesday at an event at the Pennsylvania Capitol, has successfully brought together several advocacy groups that oppose one another on almost every other issue.

Partner organizations include right-of-center groups such as Americans for Tax Reform, FreedomWorks, the Faith & Freedom Coalition and Right on Crime, as well as left-leaning groups including the American Civil Liberties Union, the Leadership Conference on Civil and Human Rights and the Center for American Progress.

Holly Harris, Fix Forfeiture’s senior project director, announced that the coalition would advocate for reform at both the federal and state level, focusing initially on Pennsylvania, Ohio and Michigan.

“The nation’s most well-respected conservative and progressive voices agree that the system is broken, and it is time to get to work on a solution,” Harris said in a press release. She told Watchdog that she hopes her collection of “unlikely bedfellows” could provide an unprecedented example of cooperation.

“We have an opportunity to show that when you get these groups together and you start talking and you find common ground, you can move forward,” Harris said.

Harris added that she was overwhelmed by the positive response to Fix Forfeiture, touting support from legislators, policy groups and business organizations like the National Federation of Independent Businesses.

“As the press conference was starting, we were adding speakers,” she said.

Civil asset forfeiture was introduced by the federal government in 1985 as part of the War on Drugs. It allows law enforcement to seize personal property, anything from cash to cars, if they have probable cause to believe those possessions are linked to criminal activity, even if the property owners is never actually charged with a crime. To get their property back, citizens must go to court and prove their possessions innocent.

By shifting the burden of proof, this policy essentially makes victims of confiscation guilty until proven innocent.

Horror stories abound. In 2013, the New Yorker reported that police and district attorneys from Tenaha, Tex., regularly stopped travelers for minor traffic violations, then confiscated their money after pressuring them to agree to the forfeiture by threatening to charge them with felonies or take away their children.

In 2008, the Heritage Foundation’s Daily Signal reported, Detroit cops seized 40 cars from guests at a party that had neglected to obtain a alcohol permit. The guests were charged $900 each to reclaim their vehicles.

The Washington Post reported last year that a Chinese-American man had $75,000, which he planned to put toward buying a restaurant, seized by police after he was pulled over for speeding. He was able to get his money back, but only after a ten-month court battle and thousands of dollars in legal fees.

“When you hear these stories of abuse, it really cuts against the very foundation of our criminal justice system,” Harris said.

The money, 81 percent of which came from seizures in which no charges were ever filed, was generally spent on vehicles, surveillance gear, weapons, coffee makers and other equipment.

Critics of the forfeiture program have also accused it of incentivizing law enforcement to focus on revenue over public safety and to target poor and minority individuals who cannot afford the legal costs of reclaiming their property.

Some states have attempted to reduce these perverse incentives by diverting money from seizures to the state’s general or education fund, but 26 states still allow law enforcement to keep 100 percent of the assets they seize.

Civil asset forfeiture reform efforts have met with some success. Attorney General Eric Holder opened the door for state-level reforms when he announced in January that the federal government would no longer participate in the Equitable Sharing Program in which local or state law enforcement kept 80 percent of seized money and property with the remaining 20 percent going to the federal government. The program brought in over $2.5 billion from nearly 62,000 cash seizures made between 2001 to 2014.

Harris said Holder’s action is a step in the right direction, but is not “a permanent solution.”

New Mexico and Montana both passed legislation in recent months requiring a conviction before law enforcement can seize an individual’s property.

In Pennsylvania, Republican state Senator Mike Folmer introduced a similar bill that would allow law enforcement to seize only “assets used to implement or facilitate commission of the crime or crimes of which the person has been convicted.”

Pending legislation in Michigan would raise the standard of evidence required for a seizure, but would not require a conviction.

“[T]hese are half-steps toward real reform. Ultimately, this state should require a criminal conviction before law enforcement agencies can take a person’s money and cars and cash in on the proceeds,” Jarrett Skorup of the free-market Mackinac Center for Public Policy wrote in a blog post.

Michigan reported statewide seizures of over $76.5 million in cash and assets over the three-year period of 2011 through 2013.

Ohio, the third state on which Fix Forfeiture plans to focus, has yet to introduce a reform bill.

“There’s no legislation filed there yet, but hope springs eternal… and Ohio has a great history of reform,” Harris said, adding that her goal is for Ohio to introduce a reform bill sometime this year.

This article was written by a contributor of Watchdog Arena, Franklin Center’s network of writers, bloggers, and citizen journalists.

LEGALIZED THEFT: The police can take your property if they think it is involved with a crime, even if you aren’t a criminal.

It seems that groups from across the political spectrum, from progressives to libertarians, have finally managed to agree on something: Cops should not be given an incentive to steal from innocent people.