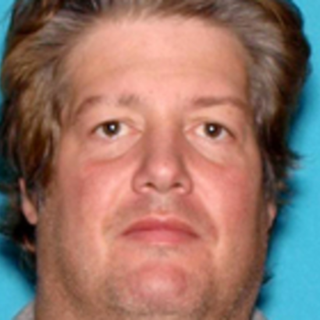 John Terruso, 44, of Marlton, N.J., chief of the Audubon Park Volunteer Fire Company, was arrested last night at the fire station on charges of second-degree distribution of child pornography and third-degree possession of child pornography. The charges stem from an investigation by the Division of Criminal Justice and ICE Homeland Security Investigations (HSI) Newark, assisted by the Camden County Prosecutor’s Office and the Haddon Township Police Department. Investigators executed a search warrant at the fire station at the time of Terruso’s arrest. It is alleged that Terruso knowingly used Internet file-sharing software to make multiple files of child pornography available for any other user to download from “shared folders” that he controlled on a computer at the fire station on Road C.

“We charge that Terruso sordidly abused the trust placed in him as fire chief by viewing and sharing child pornography at the fire station,” said Acting Attorney General Hoffman. “In doing so, he allegedly linked himself to the depraved network of offenders who, by sharing child pornography, perpetually re-victimize the children involved and directly motivate those who sexually exploit and torture children to create these vile materials.”

“During the past three years, we have worked with HSI and the New Jersey State Police to charge over 100 offenders with child pornography crimes, including 80 offenders charged in three major sweeps targeting those who use file-sharing networks to distribute child pornography,” said Director Elie Honig of the Division of Criminal Justice. “This case is particularly egregious because Terruso allegedly used his position as fire chief to commit these crimes in a public facility.”

“To discover that someone the public counts on in times of the direst need is allegedly victimizing the most vulnerable members of our community is both heartbreaking and disturbing,” said acting Special Agent in Charge Kevin Kelly of HSI Newark. “HSI will continue to work with our partners in the Division of Criminal Justice to pursue these kinds of cases, stop the criminals and bring them to justice.”

The charges are merely accusations and Terruso is presumed innocent until proven guilty. Because the charges are indictable offenses, they will be presented to a grand jury for potential indictment.

Terruso was lodged in the Camden County Jail last night with bail set at $150,000, no 10 percent.

Acting Attorney General Hoffman and Director Honig urged anyone with information about distribution of child pornography on the Internet – or about suspected improper contact by unknown persons communicating with children via the Internet or possible exploitation or sexual abuse of children – to please contact the New Jersey Internet Crimes Against Children Task Force Tipline at 888-648-6007.