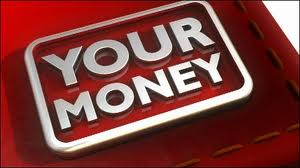 A New Jersey judge is giving Gov. Chris Christie one more chance to explain why his office should not release to New Jersey Watchdog records of nearly $1 million his state police protectors charged to his office’s American Express credit cards.

“I’m not convinced it is essential to the governor’s security to withhold details,” said Judge Mary C. Jacobson on Thursday during a hearing in Mercer County Superior Court.

That marked an apparent reversal from similar cases in which the judge ruled in Christie’s favor.

The key was a YouTube video posted by the governor’s office from a town hall meeting during which Christie revealed so-called security secrets, particularly the number of state troopers assigned to the Executive Protection Unit.

Jacobson said the video “completely undermines” Christie’s reasons for refusing to turn over the documents to New Jersey Watchdog – and criticized his attitude about security as “cavalier.”

“I am very troubled by the YouTube video of the governor discussing the number of bodyguards he has,” said the judge.

“If he made a mistake, they shouldn’t have put it up on YouTube,” Jacobson remarked.

In the video of the governor’s appearance in Hasbrouck Heights last month, 7-year-old Charles Tartaglia asked Christie: “How many bodyguards do you have?”

“I count about six,” responded the governor, scanning a crowded VFW hall. “I’m not telling you which ones they are, but a subtle hint would be: the guys with the wires in their ears.”

Christie told the audience that 30 state police troopers are assigned to EPU. He said he is routinely accompanied by three officers. The around-the-clock protection also includes troopers stationed at his home.

While Vannella argued the records should remain secret despite Christie’s remarks, plaintiff’s lawyer Donald M. Doherty referred to New Jersey Watchdog’s revelation the governor charged $82,000 on concessions at MetLife Stadium during the 2010 and 2011 NFL football seasons.

“Is the governor now sending state troopers to buy his hotdogs?” asked Doherty, referring to a recent rise in EPU expenses charged to the state.

Before she rules in the public records case, Jacobson agreed to allow Capt. Kevin Cowan, head of EPU, to submit a secret certification by June 12 to explain why the state believes the records should remain confidential.

Cowan’s statement will be viewed in-camera by the judge and will not be released to New Jersey Watchdog or the public.

The total cost for EPU travel in Christie’s first five years as governor exceeded $1.15 million. Almost 85 percent, or $975,000, was charged to Amex credit cards. Since the governor’s office won’t disclose the statements, how that money was used remains a mystery.

Those expenses have risen sharply as Christie pursues his political ambitions on trips outside of New Jersey, accompanied by his state police security details.

The Christie security travel expenses were five times higher than the $89,454 Wisconsin spent in 2014 to guard Gov. Scott Walker, another presidential contender who frequently travels to campaign outside of his home state.

Starting this year, Walker’s PAC has agreed to reimburse the state for the out-of-state travel costs of his state police protectors during political trips. In New Jersey, Christie is still sticking taxpayers with the bill.

During Thursday’s hearing, Jacobson also ordered the governor’s office to provide New Jersey Watchdog with its directory and tiers of 2,500 media contacts – an instrumental part of Christie’s national publicity push at taxpayers’ expense.

Vannella told the court the governor would comply “if the record even exists.”

A New Jersey judge is giving Gov. Chris Christie one more chance to explain why his office should not release to New Jersey Watchdog records of nearly $1 million his state police protectors charged to his office’s American Express credit cards.

“I’m not convinced it is essential to the governor’s security to withhold details,” said Judge Mary C. Jacobson on Thursday during a hearing in Mercer County Superior Court.