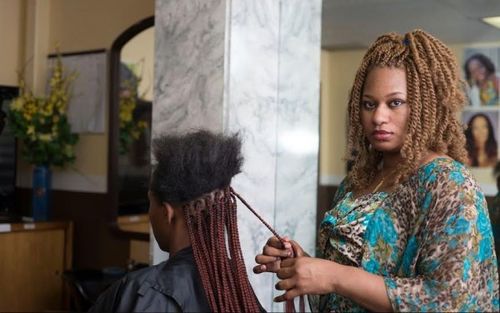 In the current political climate where government agencies shut down small businesses for irrational reasons, an African hair braider’s recent victory in Washington state could signal a turning point for entrepreneurial freedom.

The mission of the Washington State Department of Licensing (DOL) is to advance public safety and consumer protection.  So how did this agency get tangled up in a federal lawsuit about hair braiding?

In June 2014, hair braider Salamata Sylla filed a federal lawsuit against the Washington DOL, because the agency had ordered her to either get a cosmetology license, or shut down her business.  Sylla was represented in her lawsuit by the Institute for Justice.

Sylla sought a judicial order requiring the department to adhere to its own stated policy that African, or natural, hair braiding does not require a cosmetology license.

Ten years later, however, the DOL took two steps back. The agency stated that their prior agreement with Diaw was non-binding for future braiders like Sylla.

Photo by Institute for Justice

The growing practice of African hair braiding has also provided a road out of poverty for many women, because it is an easy entry business that doesn’t require expensive equipment or supplies.  Experienced braiders can earn additional income by training new braiders.

Sylla has been braiding hair since she was a little girl.  She came to the U.S. from her native Senegal in 1999, and opened her own business in 2012.  A single mom, she had found economic freedom and self-sufficiency in her lifelong skill of braiding hair.

A Washington cosmetology license requires a candidate to complete 1,600 hours of schooling, 2,000 hours of apprenticeship, take an exam, and pay for a license.

But African hair braiders don’t use scissors or chemicals in their profession.  Yet the Washington DOL threatened to take away Sylla’s livelihood and her ability to support her child, because she didn’t have a license that wasn’t even relevant to her line of work—in spite of the agency’s own policy exempting braiders from licensing requirements.

Cosmetology schools do not teach hair braiding.  If Sylla had been forced to get a cosmetology license, she would have paid for an education for which she would have no use, in her profession.

In November 2014, Sylla agreed to put her federal lawsuit on holdwhile the Washington Department of Licensing revisited their hair braiding policy.

In the meantime, the agency issued an apology to Sylla.  Sylla stated that if the DOL upheld their policy for her and other braiders, she would dismiss her lawsuit.

On April 10, Sylla asked the federal court to dismiss her lawsuit against the DOL, after the agency finally agreed to officially exempt hair braiders from the state’s burdensome cosmetology licensing requirements.

Sylla’s message is simple.  “A person should be allowed to use their natural gift to make a living,” Sylla told the Seattle Times.

This article was written by a contributor of Watchdog Arena, Franklin Center’s network of writers, bloggers, and citizen journalists.

In the current political climate where government agencies shut down small businesses for irrational reasons, an African hair braider’s recent victory in Washington state could signal a turning point for entrepreneurial freedom.