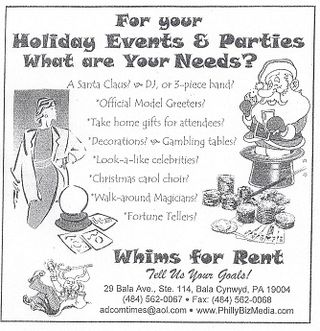 Losing more than a quarter of a million members didn’t keep Van Roekel from getting a huge raise this year, and taking millions of dollars from workers didn’t prevent Van Roekel from being praised by union advocates in a series of videos recorded for an NEA meeting in July.

American Federation of State, County and Municipal Employees president Lee Saunders called Van Roekel “a force for unity in the labor movement, and for protecting all public services — helping bring NEA, AFSCME, AFT and SEIU together in an unprecedented partnership to face our challenges.”

“As someone who is truly committed to solidarity, you’ve taken on the fight for workers’ rights not just for your own members, but for all working people across this country,” added Saunders, who was paid $350,058 in 2013.

“Thank you for fighting for a public education system that works for all of our children,” Perez said in a farewell video to Van Roekel. “Thank you for being a visionary within the labor movement, for advancing the role that unions play in growing the middle class and expanding opportunity for everyone.”

“Thank you for being such a stalwart defender of collective bargaining rights for all workers — particularly public employees when they have come under fierce and unfair attack,” Perez continued.

What Perez and union bosses describe as a “fierce and unfair attack” has in fact been a trend toward freeing government workers from Big Labor’s grasp. NEA membership losses have been due in part to reforms in Wisconsin and Michigan, where new public school contracts may no longer make paying union dues a requirement for having a job.

Despite the union’s sinking membership, Van Roekel was not the only NEA leader taking home a huge salary plus expenses this year. Executive Director John Stocks was paid $412,398, vice president Lily Eskelsen Garcia was paid $345,728, and secretary-treasurer Becky Pringle was paid $337,618. NEA paid 45 officers and employees more than $200,000.

In 21 states and the District of Columbia, teachers and others covered by NEA contracts can still be forced to pay union bosses as a condition of employment. While NEA membership has declined by 8.4 percent, the number of people paying mandatory NEA “agency fees” increased from 86,746 in 2009 to 90,255 this year.

NEA is a business selling union representation, and even with legal privileges most organizations wouldn’t dream of — in addition to forced fee laws, unions pay no taxes on member dues and are protected by cumbersome requirements for dropping union representation — business hasn’t been good. Officer pay hasn’t reflected this, but NEA has shed staff at a rapid rate.

NEA didn’t respond to a request for comment on the membership numbers and officer pay reported in the union’s latest annual filing with the Labor Department.

Losing more than a quarter of a million members didn’t keep Van Roekel from getting a huge raise this year, and taking millions of dollars from workers didn’t prevent Van Roekel from being praised by union advocates in a series of videos recorded for an NEA meeting in July.