One of hockey’s biggest off-season events comes to Philly 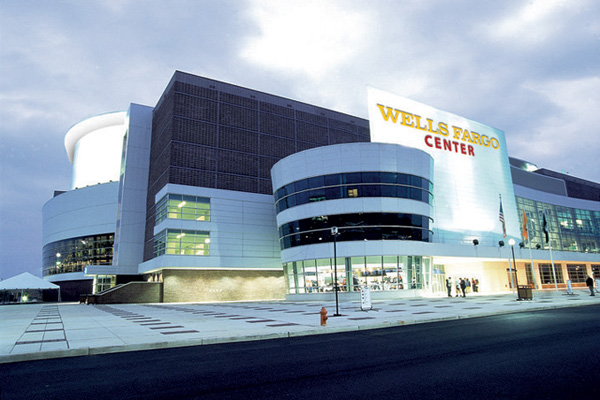 PHILADELPHIA PA--The City of Brotherly Love is in for a treat: The 2014 NHL Draft comes to Philadelphia’s Wells Fargo Center this June.

Hockey fans throughout the Greater Philadelphia Region can be on hand to witness the beginning of the careers of future NHL stars. Round One of the draft begins on Friday, June 27 at 7 p.m. and continues with Rounds Two through Seven on Saturday, June 28 at 10 a.m.

NHL team executives, scouts and coaches from all 30 clubs will be present on the NHL Draft floor (the playing surface of the Wells Fargo Center), while thousands of fans will also be in attendance. The Philadelphia Flyers hold the 17th overall pick in the first round of the draft.

For more information on the draft, click the button below.

The Philadelphia Flyers, XFINITY Live! Philadelphia and the NHL will also team up to host a Fan Fest during both days of the draft, featuring hockey-themed and family-friendly activities, food and beverages and exclusive draft merch. Fan Fest takes place on Friday, June 27 from 3 p.m. until 6:30 p.m. and Saturday, June 28 from 8 a.m. until 2 p.m. Best of all: Admission is free and doesn’t require a ticket.

Fans will be able take part in numerous hockey activities, including a full-size street hockey rink equipped with sticks and balls for pick-up play and skill challenges for hardest shot, accuracy and stick handling.

Kids can enjoy inflatable activities including an obstacle course, bungee run, bounce house, giant slide, slap shot booth and Twister, and a large arcade will allow fans to play games for free and win prizes. Adding to the atmosphere will be live entertainment on the XFINITY Live! stage, DJ’s, face painters and more. Also in attendance will be the Academy of Natural Sciences, The Franklin Instituteand the Please Touch Museum with interactive stations.

Tickets may be sold out for the draft, but you can still enter to win a set of two-day passes thanks toUwishunu.

Enter before Monday, June 23 to win. There will be two winners, and each winner will receive a pair of two-day passes. Tickets will be waiting at the will call booth at the Wells Fargo Center.

Those looking to do even more around draft time might consider the Sports Management Worldwide Hockey Career Conference, held at the Sheraton Philadelphia Downtown Hotel from June 26-28.

The two-day event includes panel discussions and question-answer periods on sports business, athlete representation, scouting, league management and sports business strategies. The conference starts with a welcome reception at The Field House in Center City Philadelphia on Thursday, June 26, followed by the conference on Friday, June 27 in the morning and afternoon.

Conference registration also includes lower bowl tickets to both days of the NHL Draft, and transportation will be provided via the NHL Executive buses to and from the Wells Fargo Center.

For more information on the conference, click the button below.

One of hockey’s biggest off-season events comes to Philly

PHILADELPHIA PA--The City of Brotherly Love is in for a treat: The 2014 NHL Draft comes to Philadelphia’s Wells Fargo Center this June.