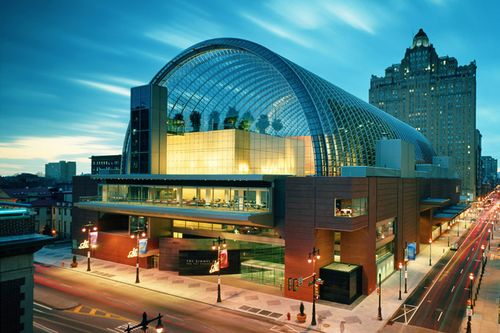 This Saturday, June 21 marks the very longest day of the year — the summer solstice — and as the sun reaches its highest point in the sky, Philadelphia heats up with summertime events.

Cultures around the world celebrate this astronomical event, and there is no shortage of ways to take advantage of the extra hours of sunshine in Philadelphia.

From a morning of free yoga on the Benjamin Franklin Parkway to a contemporary arts event in Kensington, this city marks the official start of summer with some serious shindigs.

Read on for our picks for 2014 summer solstice celebrations in Philadelphia.

• Manayunk Solstice Fire: On Friday, June 20, the night before the Manayunk Arts Festival kicks off, theSummer Solstice Fire celebrates the solstice with live performances, floating fires down the canal and more. Beginning at 5 p.m., head out for a variety of outdoor fun to kick off the blockbuster festival weekend in Manayunk. Also, guests will be able to get a special preview of Invisible River, a public art and boating project that celebrates the Schuylkill River.

• Solstice in the City at the Kimmel: The Kimmel Center for the Performing Arts hits a crescendo on the longest day of the year with Solstice in the City, a blowout bash to kick off summer. From 8 p.m. to 2 a.m., revelers can take in non-stop live entertainment throughout the entire arts center, including shows in Verizon Hall, the SEI Innovation Studio and the Commonwealth Plaza.

• It’s a Small World at the Oval: Before its summer season officially kicks off in mid-July, head to the park for a day full of activities for It’s a Small World at The Oval, a fun-filled event on Saturday, June 21 complete with everything from a free yoga class to World Cup watch parties and a free outdoor movie screening. To celebrate the solstice, join the free yoga class led by seasoned yogi Raghunath, and presented by Dhyana Yoga and the Fairmount Park Conservancy. Throughout the two-hour class complete 108 sun salutations — a yogi tradition for the summer solstice, of course!

• Clark Park Music & Arts Festival: This Saturday, June 21, Clark Park celebrates the Summer Solstice (the official start of summer) and the local music and art scene with the annual Clark Park Music and Arts Festival. Every year — for more than 40 years! — the festival falls on the Saturday closest to the summer equinox and celebrates the music and art of Philadelphia through vendors, live music performances and more. Click here for the full line up of performing musicians.

This Saturday, June 21, Clark Park hosts its annual Music and Arts Festival complete with live music and a variety of vendors to boot. (Photo by J. Fusco for Visit Philadelphia)

• Make Music Philly: Welcome the bona fide start of summer with a day of beautiful music as Philadelphia joins in World Music Day with a free daylong, “do it yourself” festival, Make Music Philly. From 8 a.m. to 8 p.m. on Saturday, June 21, Make Music Philly puts amateur and professional musicians in the spotlight for both organized and informal performances across the city.

• Midsommarfest at the American Swedish Historical Museum: Celebrate the arrival of summer by raising the midsommarpole (maypole) at the annual Midsommarfest hosted by South Philly’s American Swedish Historical Museum on Saturday, June 21 from 4 to 7:30 p.m. The family-friendly event will feature live music and traditional maypole dancing, crafts and games for the kids, homemade Swedish pastries and loads of food provided by the on-site deli, all under the sun in FDR Park.

• Force Field Project 2014: An ambitious and multifaceted two-day event, music, visual art and performance art harmonize this weekend during Force Field Project 2014 at MaKen Studios, an underused site in Kensington made up of two industrial buildings. This weekend, June 21 and 22, a talented team of curators presents two days of more than 45 multimedia art installations and musical performances. Checkhere for the complete program guide.

• The Soulstice at Laurel Hill Cemetery: Spend this midsummer night celebration in the other-worldly atmosphere of the Laurel Hill Cemetery. The Soulstice at Laurel Hill includes a performance by REV Theatre Company, stargazing with The Franklin Institute, tarot card readings with Cynthia Wilson, a silent auction, music by DJ Lucky, and food from Chewy’s food truck and more. Purchasing tickets in advance is required, and now use ticket code SOULSTICESTEAL to save half on tickets!

• Molestice 2014: The good folks of Mole Street productions host an annual community-driven block party with live bands, cold brews and good times. The music starts at noon with Brian LaPann Trio and rocks until this year’s headliner Black Dirty takes the stage just before 6 p.m. After the live bands wrap, DJ Serop spins for the after party until 8 p.m.

• Penns Woods Winery Summer Solstice Celebration: Spend the longest day of the year in the verdant countryside at Penns Woods Winery in Chadds Ford. The all-day Summer Solstice Celebration begins with a free lawn concert by Sean McGraw at 1 p.m., followed by a second free concert by Flight School at 4:30 p.m. After the sun goes down, the vineyard hosts its first outdoor movie, Ferris Bueller’s Day Off. Wine will be flowing throughout the day, and plenty of food will be dished on-site, too.

This Saturday, June 21 marks the very longest day of the year — the summer solstice — and as the sun reaches its highest point in the sky, Philadelphia heats up with summertime events.

Cultures around the world celebrate this astronomical event, and there is no shortage of ways to take advantage of the extra hours of sunshine in Philadelphia.